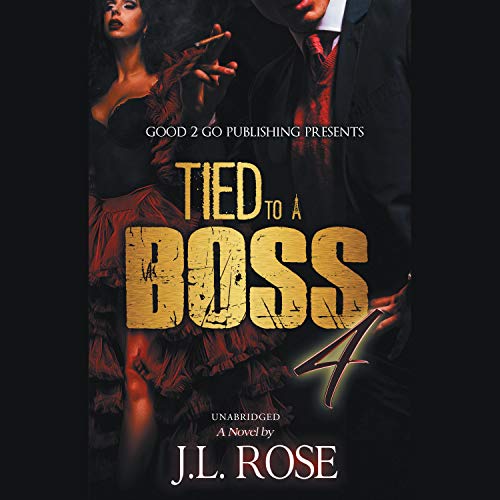 Dante Blackwell is a rarity in the criminal underworld, one who’s made the successful transition from street hood into legitimate businessman. It's a move which has borne the very fruit which he currently enjoys. But his lavish lifestyle threatens to unravel when Dante receives news from family member Natalie that her father, Dominic, was targeted in a recent assassination attempt that has left him clinging to his life!

Dante and one of the Blackwell clan’s fairer members, Alinna, race to the hospital after learning of the attempted hit. While there, Dante is filled in on the details of the incident and wonders if it bears any connection to a recent attempt on his own life. To obtain the necessary answers, Dante will have to revert to his old self, suppressing the charming businessman for the cold, calculating, and violent block thug he used to be. Dante will search every inch of the streets of Phoenix until he finds the gunman. But can he complete his mission before the man he was devours him whole?

JL Rose, another wife REALLY❗️Dante, should purchase a free clinic and start distributing penicillin laced blunts to himself❗️; This Blackwell empire wannabe isn’t remotely realistic, even for nonfiction artistry. Now, the readers are supposed to accept this drug business has conveniently expanded to the east coast without any resistance from the Italian and or Irish mafia…circa 1972 “The Goodfather” .This Dante Blackwell (and family) BS brothel saga is a fairy tale beyond Hollywood standards. The “Tied To A Boss” storyline is unrealistic.

o dont k m.j ow if I can keep going

Ok I fell asleep after Deminco was shot and they moved to Phoenix. I woke up it's another wife making 3 now. Someone name Ralph running Miami and Natalie had the baby. Then to top it off this damn Fishman person who's supposed to be this two bit azz hustle but you need all these different cartel type connection to get at him Asians, Hispanic American, Haitian and Jamacian come now.

1st everyone mad at Alina for being over a cheater because they wanted what he could do for them. then she was his partner but Natalie was the pampered princess that had zero purpose. just for another wife to come along? too unrealistic

They are good books. It just got on my nerves that he treated Alinna like she was one of his partners and Natalie like a princess. I probably wouldn't buy the books but they were a fun read.

I really liked this book and would recommend it. It had a great storyline and sexual storylines. I wish this book was a movie or TV show. It keeps you on the edge of your seat.

I can't wait to hear the next book in the series. D and his three wife are something and I wonder if James and his two will follow suit. LOL

This author is a great writer and needs to keep up the good work. At first when I started this series I didn't know if I would like it. Well, guess what I can't wait to hear more! The narrator is great as well. I'm Really enjoying this series. I will hate when it's over and will probably re-listen to this series again at some point.

I freaking loved it!!

Why isn’t these people not in jail. They all need to be locked up smh

It’s the 3 wives for me! Smh I wish there was more drama other then Alinna just accepting women in their relationship. Who or what women ever that cool to share some good dick?? I feel the story line fell off a little, not as much drama like book one or two. The ending definitely got me wondering who is the trader!!?? 👀🤨
Book 5 next!
Love Honey Jones! One of my favorite narrators 🥰