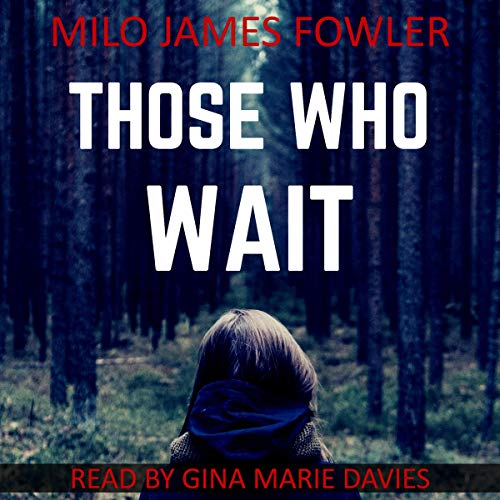 She graduated from St. Stephen's High School with honors, and after befriending three popular cheerleaders she tutored senior year, all four girls plan to spend an amazing week together at a secluded cabin on Crescent Lake.

But while jogging through the woods, Jillian takes a wrong turn and plunges down a ravine, injuring herself. Jeremiah Wolfe, a young local, finds her and carries her to his shack deep in the forest. His kindness and care gradually evolve into obsessive control as he refuses to go for help. He tells her that God brought her to be his wife, the helpmate he's been praying for.

What follows is a harrowing cat-and-mouse game as Jillian attempts to escape only to be thwarted by Jeremiah's uncanny ability to predict her every move. He won't allow anything - or anyone - to come between them. As the body count rises, Jillian realizes no one will be able to rescue her from this psychotic killer. She has to save herself, even if it means disobeying the 6th commandment: Thou shalt not murder.

A girls’ vacation turning into a nightmare

This story starts as a tale of a couple of college girls going on vacation together and the dynamics among them. It gradually turns into a harrowing tale as one of them, Jillian, gets lost, injured and ends up in the “care” of the fanatic Jeremiah and his dog Duder.

The story is crafted wonderfully, really portraying the emotional journey of Jillian and her gradual growth. It’s also fascinating to experience the contrast between two devout people, only that for one of them his belief has gone way too far into fanaticism, and how that plays out.

The performance of the narrator, Gina Marie Davies, is amazing - particularly her character and dialogue work is super captivating to immerse oneself in. This performance has quickly and easily turned her into one of my favorite narrators.

Full disclosure: While I have received a free copy for review purposes, it had no impact on my opinion or the review given.

Jillian’s vacation quickly turns into a nightmare. She ends up hurt and stuck in a cabin with a scary mountain dude and his hell hound.

- Main character 3.5/5 stars: Jillian’s okay as a main character. She comes across as the quintessential “good girl” who gets in way over her head. She’s somebody you can root for, but there were many, many points in this book where I could only shake my head and wonder how the kid got so dumb. That level of dumb is kinda hard to achieve.

- Content Warning: This is clearly not a Christian book. There are some Christian views expressed, but as is, with them being expressed by the cannibalistic, backwards, hick holding the MC captive for 4/5 ths of the book, it skews a lot of the views.

- 2.5/5 Stars Plot and Pacing: There are some cool twists, but the book seems to go on forever for no good reason. If about 4 hours were cut of random conversations with the crazy dude or descriptions of the MC being dumb or hobbling here and there, would have been much better. You definitely need some of that, but the amount of that just seemed excessive. Even the beginning part was insanely slow. I think it took an hour for them to drive up to the cabin.

- 4/5 Stars Narration: Nicely performed. Characters are distinguishable, which is tough seeing that there were 4 teenage girls right off the bat.

- 2.5/5 stars Sense of closure: Eh, it’s okay. It’s not exactly a “happy ending.” Guess I’m just a sucker for happy endings. I think it may have been angling for a sequel.

- Content Warning: It’s been a few weeks, so I honestly can’t remember if this one had any cursing in it. I do remember it has quite a few gruesome injuries to various characters.

Long thriller with some decidedly dull sections. Last quarter had a lot of action and decent suspense though, so if you’re willing to put in the time investment, you may enjoy this book.


*I received a free copy of the audio. I have freely chosen to review. All thoughts are my own.

This story of this book was unexpected. I enjoyed it but it did drag in places. Would recommend.