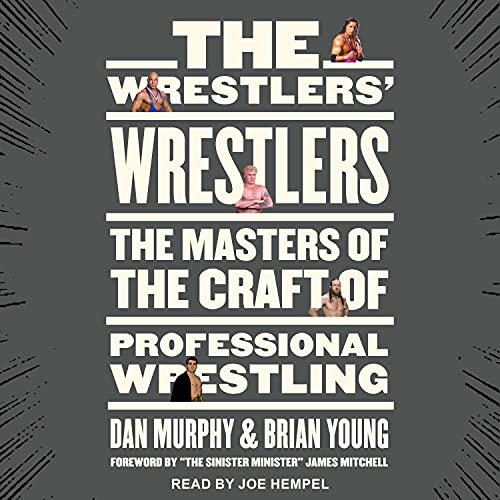 A walk-through wrestling history, starting with the founding fathers such as Ed "Strangler" Lewis and the incomparable Lou Thesz, to modern-day masters such as Daniel Bryan and Kurt Angle.

The Wrestlers' Wrestlers spotlights elite performers and analyzes exactly what made them your favorite wrestler's favorite wrestlers. Authors Dan Murphy and Brian Young interviewed more than 40 in-ring veterans, historians, referees, and promoters to get a unique insider's look at the people who have made a lasting impact on the world of professional wrestling. It offers a special peek "behind the curtain" and a rare look into the top stars' thoughts on their peers, their influences, and their personal favorites.

The Wrestlers' Wrestlers is a history of professional wrestling but also a tribute to the frequently misunderstood art itself. Featuring stars of the 1920s to today, this essential book deserves a prominent spot on the bookcase of every fan and historian.