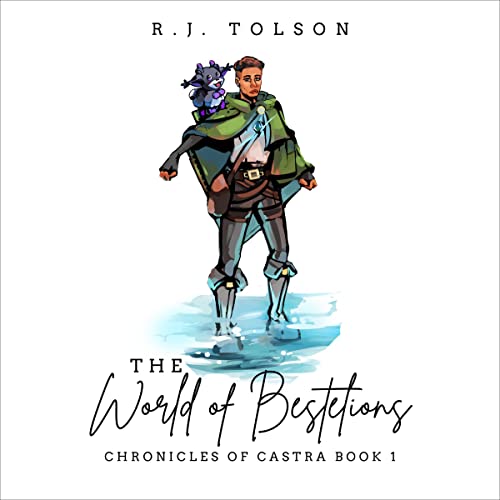 Trapped in an ancient fantastical world that has chewed him up and spit him out, one boy will stop at nothing to protect the one he loves and discover a way to obtain redemption for his past.

Jace Weatherbow’s childhood was stolen from him the day his father was killed in the middle of a gang raid. His mother followed not long after, leaving young Jace with an impossible decision. To save his sister, he joins the only group powerful enough to stand up to the gang responsible: the Crimson Syndicate. It is a desperate move, one he has spent the last few years regretting.

Sixteen-year-old Jace knows the only way he can eventually win his freedom and provide the life his sister deserves is by securing his own Bestelion. A true masterpiece of science, alchemy, and mystery, Bestelions were once beasts that plagued primitive human tribes throughout the world. Eventually, a symbiosis was spawned between the two kingdoms, allowing a select few to live in harmony with individual Bestelions.

Although the magical creatures offer the promise of change while providing him with the power to level the playing field against the gangs, only the elite of the world normally have them. After a chance encounter, Jace sets out on a quest to find the perfect Bestelion—until his past quickly catches up with him.

Thenalore is a man used to getting his way. The local Crimson Syndicate captain is ruthless and cunning. He rules with an iron fist, using those like Jace to do his bidding. Backed by a small army of Bestelions, the city of Flaystrom is his. Stopping the Syndicate and Thenalore is the only way Jace can save his sister, but to do so, he will need to learn to understand wild Bestelions while finding one to tame.

Can Jace wrestle away from his past and save his sister, or is he too far in with the Crimson Syndicate? The pieces are set. The game is about to begin.