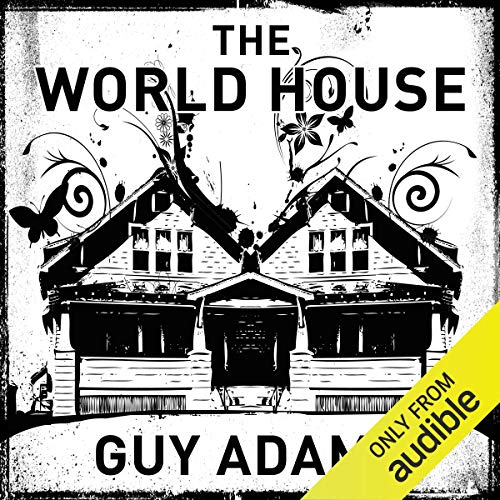 There is a box. Inside that box is a door. And beyond that door is a whole world. In some rooms, forests grow. In others, animals and objects come to life.

Elsewhere, secrets and treasures wait for the brave and foolhardy. And at the very top of the house, a prisoner sits behind a locked door waiting for a key to turn. The day that happens, the world will end...

I’m not sure what just friggin’ happened. I mean, I kinda know. There are these characters, and a weird house, and time travel, and god like people, and amnesia, and a cool game of Snakes and Ladders, and I think that one guy is also that other guy or maybe I am thinking about someone else. Oh, and that girl is like maybe autistic, which of course means she has some special ability or perception that will help save the world, or destroy it, or maybe stop the bad guy who I am not sure is really bad because that’s that’s what mentally challenged people do in fantasies… and, well, maybe I’m just an idiot who can’t follow the authors disjointed train of thought. I mean, I get this way with “high brow” stuff where I think I am supposed to get it. Like Birdman, which I guess had moments, but still, I didn’t get it. Like art or jazz or that weird class of philosophy I took…


So really, maybe Guy Adams is a genius who created this beautiful mosaic of a novel, full of complexities and layers upon layers, creating a mesmerizing tale that blends generations and genres and I am just too dumb to figure it all out. I know I feel like this when I attempt to read China Mellville and Paolo Bacigalupi, which people I respect tell me is brilliant, but turns my brains to mash, and, well, kinda bores me at the same time making me want to pull out something with explody monsters hunters or time traveling Nazis.

Or maybe Guy Adams just wrote a book that had some brilliant moments, was fun at brief intervals but was mostly a mess that barely held my interest and often left me confused about exactly what the hell just happened.

One thing I like about Paul Boehmer is that he has a unique narrative voice. His voice has a tone that reflects an international feel yet isn’t specific to any particular nationality. It reminds me of the subtle accents that many 1800 era American period pieces use, not really modern American or Modern British but somewhere in between. This is why I think Boehmer is excellent in historical fiction and has been underused in the fantasy genre where straight British accents seem to be the preference of audio producers. This is why I thought he was perfectly suited for a book like The World House. But, now I am not so sure he was, mostly because I really didn’t care about the book enough to figure it out. His characters were fine. I often found the perspective shifts were not distinct enough, but this may just have been because I wasn’t invested enough in the characters to realize that they had shifted.

Basically, The World House was a book that constantly had me on the edge of thinking,”Let’s end this and move on to something else” but that little part of me said that eventually there would be this sort of AHA! Moment that pulled it all together and made it worth it. And I guess there was something like that, but by that point I just wanted it all to be over.

Now maybe some time traveling zombies or talking unicorns or sexy dragons….
About these ads

Negative reviews, but great book none the less.

If you could sum up The World House in three words, what would they be?

What was one of the most memorable moments of The World House?

When the real purpose of the house finally becomes known.

The book seems to have been written so that when a chapter featuring one set of characters is ending, it ends in a way for the next chapter to pick up as if you're still reading about those same characters, when it's a completely different set of people. The narrator didn't have enough distinction between voices to make that quick change apparent breaking the 'flow' of the narrative quite often. This is also a problem with the main character voice.

Yes and no. The reviews made me think that this book might not be worth a read, but I gave it a chance and I was surprised to find that I really loved it. I couldn't wait to keep reading when I was forced to take a break.

I really wanted to like this book. It had a great narrator and a cool story. Unfortunately it spent more time on the characters’ plight than the plot and left me asking who, why, and what.
The author had enough horror within for two books, but without an understanding of who the bad guy is, you’re just left with a bunch of head scratching.

Confusing but worth it.

Lots of characters and situations to keep track of and pauses in the narration are often too short to alert you that a different story arc has just started so you must pay attention closely. The action and intricacy slowly but steadily ramp up as the book moves forward. Ultimately this is the kind of fiction I really like. Fans of Jonathan L. Howard may really like this and vice versa.

loved every minute. wonderful writing and performance. Guy Adams at his best. must listen fan favorite