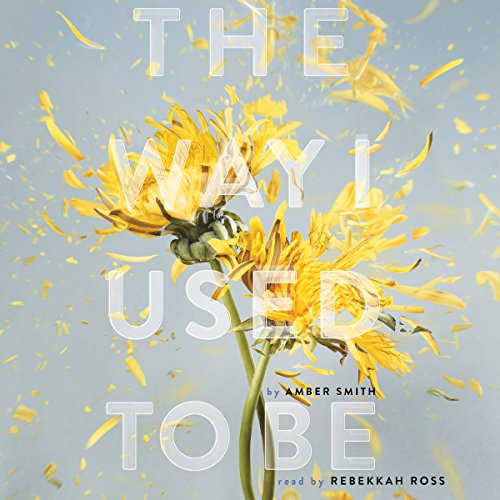 The Way I Used to Be

The Way I Used to Be

In the tradition of Speak, this extraordinary debut novel shares the unforgettable story of a young woman as she struggles to find strength in the aftermath of an assault.

Eden was always good at being good. Starting high school didn't change who she was. But the night her brother's best friend rapes her, Eden's world capsizes.

What was once simple is now complex. What Eden once loved - who she once loved - she now hates. What she thought she knew to be true is now lies. Nothing makes sense anymore, and she knows she's supposed to tell someone what happened, but she can't. So she buries it instead. And she buries the way she used to be.

Told in four parts - freshman, sophomore, junior, and senior years - this provocative debut reveals the deep cuts of trauma. But it also demonstrates one young woman's strength as she navigates the disappointment and unbearable pains of adolescence, of first love and first heartbreak, of friendships broken and rebuilt, while learning to embrace a power of survival she never knew she had hidden within her heart.

This book is not the easiest to finish due to the emotional content. I remember taking it in smaller doses when it got to be too much. Other times, I took large doses and stayed up till 6 in the morning. Overall, I was really moved by this book. It brought me back in time to when the popular, older girls would hang in the bathroom in high school and put their make-up on in the mirror. It brought back memories of being a freshman living in my first college dorm. Alas, it was hard to sit and wait for her to finally be able to tell someone she was raped, but the book was worthwhile.

I stumbled upon this book because I wanted to "read" something much more than just romance YA novels and this one caught my eye. I stayed up 3 nights to complete this book, because when I start listening to it, I can't stop even though I had to sleep. That's how good this book is. The book starts of immediately with the issue and when it happened, and it's so unsuspected and just heart wrenching to listen to. I'm going to give an absolute full review of this book, so I can help those who are interested in this book. This book also goes in 4 parts of Eden life, Freshman, Sophomore, Junior and Senior and as somebody that has just graduated high school and was a victim of sexual harassment, this book absolutely spoke to me.

What did you like or disliked?
- Hands down I ABSOLUTELY LOVED the narration by Rebekkah Ross. She gave the book so much life, and brought out the characters really well. She did an excellent job portraying Eden and had amazing voice acting. I also loved how Amber Smith written the story of what happened after than like some books which leads up to the event not after. Amber did a great job expressing Eden's struggles as she goes up to her senior year, and as well as other high school dramas. Amber also wrote in great detail to the point you can imagine every single scene in your head like a movie. I love how Eden was such a complex character and finally found self-growth and managed to safe herself. The story wise it is extremely enjoyable and gets you hooked everytime, the plot is well thought out and spread nicely. What I disliked was the ending in particular, although I am happy that she managed to take over her fear and finally told someone, including the police. I wished there was an epilogue describing the events after, including her closure with her friends, her graduation, and he reconciliation with her family. I'd like to see the final form of Eden, seeing her finally becoming the girl she was again. The ending was a bit rushed and ended abruptly once the charges were filed and Eden is "safe". It's a good ending for the book and Eden but it felt it wasn't finished for the audience. I also gave the story a 4 star because it is hard to read, it's about rape and it's about a girl falling deep into a black hole, which means this book is also really FRUSTRATING. If you haven't been in Eden's shoes you would well and scream at her for her decisions or why is she acting like that, you kind of have to keep reminding herself why she's like that. And that is frustrating as well.

Whom would you recommend this book to?
- I'd recommend this book to girls AND boys who are in their late teens and early 20s. Particularly because it is an extremely difficult book to read with its complexity and deep emotional setting. Younger teens may not understand or find it too overwhelming. I also recommend this book to those who are struggling with any kind of abuse from anyone and even maybe bullying in high school or maybe for those who know some people who are victims of sexual abuse, so you can understand what they go through. This book gives full insight of that so when you come across situation like these, you know what to do.

Why did you choose this rating?
- Performance as I said absolutely outstanding. Story is great as well, but extremely frustrating. Overall a 4 star. Out of 10? 8.5-9

This book absolutely made me wish I could go back in time to my high school years and try to be a better a person, made re-evaluate my life. I can say this book is life changing, and it's worth reading. I might just even buy the actual copy of the book and read it again.

I absolutely enjoyed this book from all the plot twist and turns. This book also gives the reader a lot of detail on the character changing by the years passing

the story was utterly fascinating. couldn't stop listening. was very moved by the whole message. thankful for this book.

You should read it.

I listened to this audiobook in two days. Once I started it, I knew I couldn’t put it down anymore until I was done. I haven’t slept for an entire night, this is how good the book was.

First of all, I really thought the performance was perfect. The voice was smooth, and really helped to picture each scenes as if in reality.

The book is amazingly written although rape is quite difficult to write about. I felt it was well handled.
I must admit I cried throughout the entire book, but I still consider that it is such an important issue. Everyone one, including men, should read it only to better understand what can go through the mind of someone who was raped.

Plus I really enjoyed how Eden’s character was really complex, her mistakes only made her more reliable.

It was a little all over the place in the middle, but the ending was perfect!

This book gives a long-term in-depth journey of a victim seeking triumph from tragedy. It goes deeper than Speak. The writer goes into the full high school career of Eden, the aftermath of her rape, her recovery, and coming to terms with how it changed her life and how she deals with it.

Difficult to listen to

This book can be very difficult to listen to, the imagery is hard to take in at some points.

Hard to read, but didn't stop tell it ended

Tears, tears, tears. Good story that everyone should hear. Everyone needs to understand the fear that she felt for so long.

One of the best books I've ever read

If they want to understand what it means to experience sexual trauma, then yes.

What was one of the most memorable moments of The Way I Used to Be?

Character's description of how she tried to overcome the experience of rape by forcing herself to have sex and eventually becoming promiscuous. This made sense of a phenomenon that on the surface of it, makes no sense.

Have you listened to any of Rebekkah Ross’s other performances before? How does this one compare?