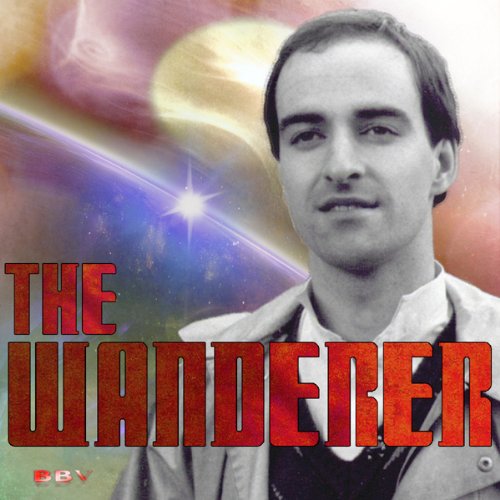 Cyberwar is an original full-cast drama from BBV.

A Cyber War rages throughout the galaxy. The Earth-aligned worlds are fighting for survival against the cold, emotionless might of the Cyber Bloc - an alliance of planets whose inhabitants have undergone cybernetic conversion in the name of racial superiority. Award-winning journalist Olivia is reporting from the front-line, when all her assumptions about the Cyber War are shattered, not only by a terrifying encounter with the enemy, but by the arrival of a wise and mysterious traveller. The result is a deadly Cyber-Hunt, in which human and machine creature is tested to the limit and the balance of galactic power is at stake.

"The seventh of the Audio Adventures is minus the Professor and Ace, but introduces a traveller named Fred (played by Nicholas Briggs). Written by Martin Peterson, the story opens with an enhanced journalist named Olivia reporting on the Cyber War (which has been going on for a hundred years) from the front lines in space. Meanwhile, a traveller happens upon an injured Cyber being on a desert planet. A detachment hunting the Cyber being ('Cyb' for short) lands on the planet and finds an injured traveller, who has lost his memory. The hunt continues, but now the Cyb is hunting the detachment as well. In addition, the reporter finds that her enhancements are somehow linking herself and the Cyb. This is a fast-paced, very action-filled story. The writing is intelligent, giving the characters room to develop, and suspenseful. Just when you think one problem is dealt with, another pops up. Point of view skips between the main groups very skilfully, and since the different actors use accents, slang, and such, they are easy to tell apart. The cast includes Helen Bang as Olivia, Andrew Fettes as Captain Halloran, Nicholas Briggs as 'Fred', Andrew James Dickens as Sergeant Grange, Stephen Franklin as Stevens, David Sax as Cyberon, and Robert Boole as CyberCom. Sound engineer John Vance, post production sound by Nicholas Briggs and music by Harvey Summers. The new theme music has a few elements left from the old, but I like it so far. The incidental music is wonderful, especially the space military pieces. Sound effects are extremely well done. I'm a big fan of the 80's AudioVisuals which had Nicholas Briggs as the Doctor, and I'm delighted to encounter his space traveller once again. Cheerful, witty, polite to all beings, fast-thinking under pressure - I hope to hear more of this traveller. Other fans of that series will recognize names he drops. Directed by Nicholas Briggs. Highly recommended." (Kathryn Sullivan)