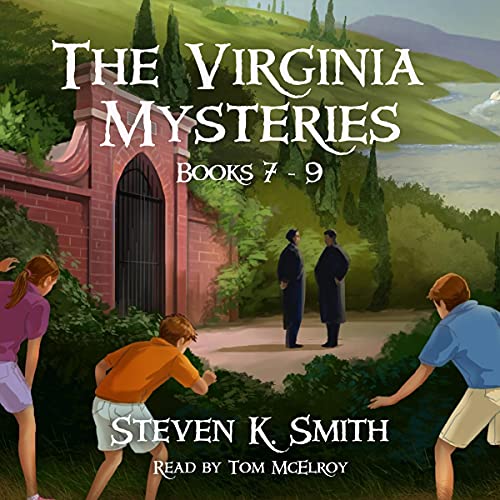 Spies at Mount Vernon - When Sam, Derek, and Caitlin visit Washington, DC, spies are lurking. What starts out as a fun game of pretend on the National Mall turns all too real, when they follow a mysterious man to a meeting deep within the Capitol. To keep government secrets from falling into the wrong hands, the kids must work with federal agents and travel to historic Mount Vernon for a state dinner with the president and his son. Dead drops, cyphers and spy chases are all part of what might be their most dangerous adventure ever - if it isn’t their last.

Escape from Monticello - Letters in a mysterious journal between two sisters describe a lost collection and a missing treasure. As Sam, Derek, and Caitlin realize the letters were between Thomas Jefferson’s granddaughters, they set out to do what they do best - solve the mystery! When the journal is stolen, the kids are forced to hunt down clues by following Jefferson’s footsteps to The University of Virginia, his mountaintop home of Monticello, and a little-known retreat called Poplar Forest. But this isn’t a typical walk through history. Someone from the kids’ past is lurking in the shadows, bent on revenge and threatening to take much more than just the treasure.

Pictures at the Protest - In 1959, the Prince Edward County, Virginia, public schools closed for five years, when county leaders refused to desegregate white and Black schools. So when long-hidden photographs surface from the student protests along Main Street in Farmville, Sam, Derek, and Caitlin are on the case to help identify the brave teenagers who stood for justice nearly 60 years ago. But when protests over Confederate monuments and cries for social justice ignite their city, will the kids use their lessons from history to take a stand in the present?