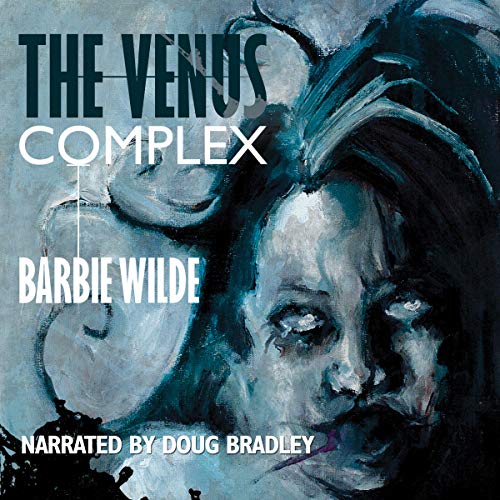 A man rises out of an abyss of frustration and rage and creates works of art out of destruction, goddesses out of mere dental hygienists, and beauty out of death. It’s also about the sickness and obsession that is love. Enter into Michael’s world through the pages of his personal journal, where every diseased thought, disturbing dream, politically incorrect rant, and sexually explicit murder highlights his journey from zero to psycho.

"After purposefully killing his wife in a car accident, art professor Michael Friday finds his perspective on things has become a little...warped. Via his personal journal, we’re allowed into his mind to slowly watch the disintegration of it, bearing witness to his unnerving sexual cravings and ideas about killing: intertwined with the paintings he loves so much. As Michael writes, he’s 'turning into something dead'; but at the same time he wants to be somebody, not a nobody. Using his diary to rant against the world in general - including everything from banks to popular culture, from national holidays like Christmas to politics - he reveals more about the big, gaping hole in his own life. But as the novel goes on the first person narrative tensely builds up, displaying his dark dreams and innermost thoughts: his way of filling that void and presenting his grisly 'works of art' to the world. As intelligent and cultured as Hannibal, easily as disturbing as American Psycho and infinitely less reassuring than Dexter, this is a sexually-charged real life horror story that will definitely stay with you.” (Paul Kane, award-winning horror and fantasy writer)

“Wilde is one of the finest purveyors of erotically charged horror fiction around.” (Fangoria)

"Damaged people, ultraviolence, murder and explicit sex--what’s not to love about her work?” (Chris Alexander, editor in chief, Fangoria #321)

"Barbie Wilde follows the tradition of Ellis's American Psycho and Oates's Zombie yet breaks new ground in the field of sadistic crime fiction. If you like the lurid and shocking, you'll love The Venus Complex. It's Dexter, without a moral code.” (Midwest Book Review)

Two Cenobites take us into their world

What could be better than a story written by a Cenobite read by the Lead Cenobite? Not much, especially when the story is as perverted and crazy as a Cenobite. This story is as twisted as a barbed wire fence and it just gets tighter and tighter as the story unfolds. This story isn’t for the faint of heart and there is a lot of language and scenes that some would find to be too much. I really like that this is an epistolary novel as it is told from a journal. That reminded me of Bram Stoker’s Dracula and I have to say I wish I came across this style more often. What starts out with entries from a depressed widow quickly turns into a depraved calculating madman seeking out his lustful conquests.

The story itself is fairly simplistic, however, I found Michael’s methods quite ingenious and really liked how he goes about getting what he wants. The simplicity of the story is overpowered by the detail of everything that Michael leaves in his journal. This portrays a downward spiral into madness quite well. Each new entry ratchets up the tension and perversion. The only part of this story that I didn’t find completely satisfying was the ending. I don’t have any major complaints except I felt the buildup deserved something a little grander.

I would almost say that there are two parts to this book. The first part is a bottomed out professor ranting about life and giving his opinions on various topics and the second part is the rising of a serial killer talking about his exploits. I think the first part really lays out Michael’s character and does a great job of setting the stage for his evolution into a killer. Getting firsthand accounts from Michael’s journal really gets you inside the character of Michael and makes you sit shotgun on a crazy ride.

Nobody should ever pass up a chance to listen to a story told by Doug Bradley. He has the voice for storytelling. I enjoyed every minute of his narration, Doug has a fantastic voice, he provides the right amount of emotion, and really embodies Michael. I personally had the chance to meet Doug and he retold me a short story written by Ray Bradbury. His retelling and explanation of that has stayed with me longer than the written story has.

I loved this . I was just having Clive Barker's books and wanted the Venus Complex for my library. The narrator was incredible and there is no way to get that like he has.

Not my type of horror I normally read/listen to but it was a very interesting story none the less. I also love the narrator's voice and story telling.

Journey of Darkness and horror

A dark and twisted journey for the senses! Not to be missed! You will love it!

I was absolutely blown away by this book. An exquisite performance by Doug Bradley, reading a masterful tale by Barbie Wilde.

Not for the squeamish...

This book goes beyond gratuitous violence of a fictional sexual predator, taking us into his thoughts and motivations about his victims as well as the wider world. I found that I could actually agree with some of the protagonist's musings, but then his logical processes would fracture dangerously, pulling him further along his dark path. His memoirs include past reflections, current frustrations, and future dreams/plans. This audiobook contains graphic sexual violence and the author's very effective writing style may be uncomfortable for some (consider yourself warned). But... as I mentioned, there's way more to this book than that. I'm glad I listened to it, because it gave me food for thought about what might go on in the head of a psychopath. The only reason why I knocked off one star is because I think I would have been more satisfied with a different plot ending.

The narration was perfect for this style of story. This is synergy - excellent story, powerful narration. I'd read this author again and listen to this narrator again. (I increased the playback speed for personal preferences.)

A sick and twisted rabbit hole

This book is definitely not for the faint at heart. You dive right in to a serial killers mind, thoughts and actions. You watch as he slowly slips into the rabbit hole and starts Turning into a serial killer. This book Definitely talks about some sensitive subject matters, I'm sure the squeamish Will not enjoy. You've been warned. If you like a sick twisted books then you have found the book for you. I definitely enjoyed this book.
Doug Bradley did an excellent job performing this book. He really got into the character and as the character became more crazy his voice acting did as well. job well done.
I was given this free review copy audiobook at my request and have voluntarily left this review. Thank you

This was totally sick/horror. It is about Michael Friday and his diary which contains his dreams and thoughts showing what go thru a serial killer’s mind and not for the squeamish. It was disturbing with sexual torture and murder. I was given this free review copy audiobook at my request and have voluntarily left this review. Thank you