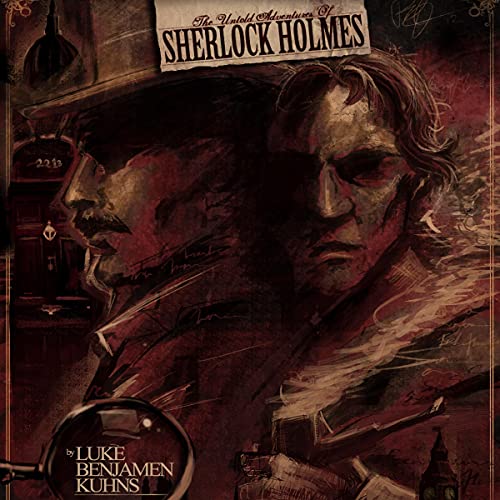 The Untold Adventures of Sherlock Holmes

In the year 1933, an elderly Dr. John Watson is looking back over his life and his time spent with his brilliant friend and master of deduction Sherlock Holmes. He writes in a letter to the listener that he has assembled a list of seven untold adventures that span from his and Sherlock's early years until the time of Sherlock's retirement. Watson explains that he wishes to leave, not only his family, but the public with a final compilation of adventures that he and Sherlock shared while he is still able.

In these seven stories, Holmes and Watson are caught in the middle of multiple Government Scandals (Acquitted Client & Diamond Jubilee) cold blooded murders (Poisoned Affair & Saint Mary's Murder) and Terrorist groups (The Yellow Handkerchief). As well Holmes and Watson come face to face the spirits of darkness (The Haunted Hotel) and in a story that works through over a decade of Holmes's cases, we learn the truth about Watson's marital life and what happened to his wife Mary after Holmes's apparent death at Reichenbach (The Solved Problem).

Winter have arrived:
A perfect time for going on adventure with Sherlock Holmes.
The author have accomplished amazingly to create awesome 7 short stories in 7 hours audio ( each one hour average ).
Truly amazing how he managed a crime, investigation and an arrest, all beautifully and quickly done !
Narration also was perfect with a different voice for each character.

This one is pure fun and recommended.

Watson tells of the many mysteries solved by Sherlock by taking you back as if you were there with them. Narration was phenomenal.

I received free code for this book.
Really enjoyed the stories presented, a great collection. The narration was excellent, and fitted well with the teller of the stories, Dr Watson.

The Untold Adventures of Sherlock Holmes

There are several stories not told before in this collection. The stories are very interesting and bring Holmes closer to being a human being. I found it highly interesting that the story of Dr Watson's wife and subsequent death are highlighted.
Each story brings it's own poignancy to the fore and will have the listener totally enraptured!
Joff Manning as a narrator is fantastic and brings the characters to life.

Although these stories may have been untold the last one was definitely not one of those as I did see that one on tv. But the remaining stories I do not recall ever hearing about.
The writing was well done and the narrator out did himself with the different voices.
I received this free from the author or narrator for an honest review.

A pastiche wrote in the traditional style, a collection of good stories based in great ideas, some of them greatly executed, others... not so much :P

A writer to keep an eye on.

I enjoyed listening to “The Untold Adventures of Sherlock Holmes” by Luke Benjamin Kuhns. The stories were well written. The narration by Joff Manning was great. The characters’ voices were unique and his reading of the book added to my enjoyment. Highly recommended!

I really enjoyed this collection of Sherlock Holmes stories.
Told by Dr. Watson and very much in the style of the original Arthur Conan Doyle tales, they cover a wide variety off mysteries to puzzle the intrepid duo. From a haunted hotel to a taxi scam that preys on rich, young women to visits with the Queen nothing baffles the great detective, which is exactly what fans of the investigating detective expect.
If you're a Holmes fan, this one's a must.