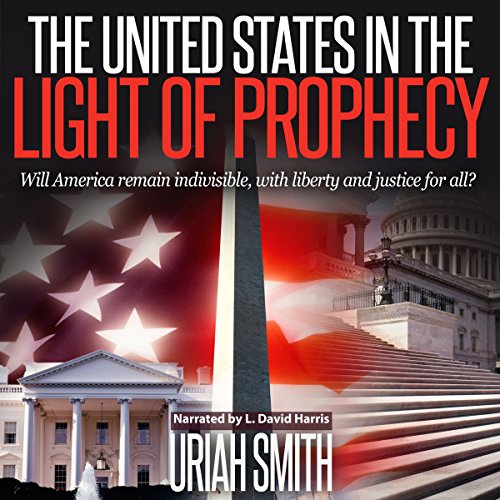 The United States in the Light of Prophecy

If we read the signs of the times aright, events are soon to transpire of such a nature as to preclude the necessity of any apology for the publication of what is contained in the following pages. The numerous rays of light now shining from the book of prophecy seem to find their focal point in our own times. The present age is illuminated in this respect above all others. Here we find the most emphatic touches of the prophetic pencil. The events to transpire, and the agents therein concerned, are brought out in a vivid and startling light.

The question naturally arises, what part the United States has to act in these scenes; for it must seem reasonable and probable that a nation which has arisen so suddenly as ours, made such unparalleled progress, and attained to such a pinnacle of greatness and power, must be a subject of divine prophecy, or at least of divine providence.

To this question the following pages undertake to give a brief but scriptural, and so a reasonable and conclusive answer; and to such only as do not believe that God ever foretells the history of nations, or that his providence ever works in their development and decline, can the subject fail to be one of interest.

That this little treatise is exhaustive of the subject is not claimed; but some facts are presented which are thought to be worthy of serious consideration, and enough evidence, we trust, produced in favor of the position taken to show the reader that the subject is not one of mere theory, but of the highest practical importance; and so enough to stimulate thought and lead to further inquiry.

If the position here taken be correct, this subject is to be one of continually increasing interest, and information respecting it is necessary to an understanding of our duties and responsibilities in the solemn and important times that are upon us. It is in this light that we especially commend it to the serious consideration of the reader.