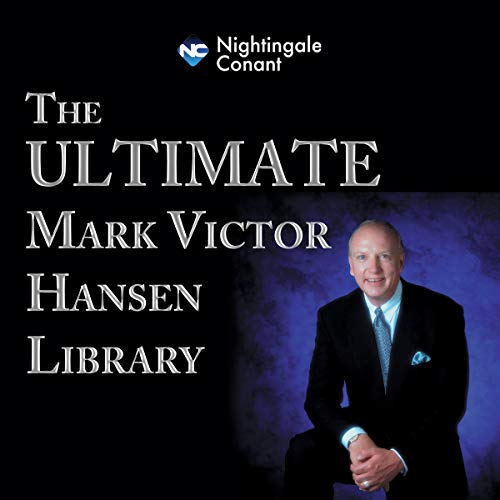 At Nightingale-Conant, we have had the distinct honor of publishing some of the finest personal development speakers in the world. Yet, rarely did we ever work with a more enthusiastic, energetic, passionate, innovative, and big thinker than Mark. I still remember back in the 1990s when Mark called me on the telephone to tell me that he (together with his co-author, Jack Canfield) was about to write a book called Chicken Soup for the Soul - an inspiring collection of stories and wisdom to inspire the mind and warm the soul. And, better than that, he said that there were at least five to six different versions of the book that were planned.

While I was hopeful and excited, I was also used to many authors pitching ideas - few of which ever actually came to fruition.  Well, now more than 25 years later, at last count, Chicken Soup for the Soul had some 250 versions, with over 500 million books sold worldwide. Time management called the series: "The publishing phenomenon of the decade." Talk about exceeding your goals!   And it was Mark's marketing genius, ability to ask for what others thought to be impossible, and to think bigger than most authors that were a huge part of that book series' success.

In this collection of some of the finest wisdom that Mark Victor Hansen has ever recorded, Mark will show you specially how to apply those own skills in your own life. You'll learn how to ask for what you want, how to think bigger than you ever thought you could think, how to reignite your dreams - at any age, how to follow the way of enlightened wealth, how to become a world-class giver, and so much more. Before we begin, just who was this man, Mark Victor Hansen?

Mark was born on January 8, 1948 to Danish immigrants, Una and Paul Hansen. He grew up in Waukegan, Illinois, and graduated from Southern Illinois University in 1970. What followed was adulthood of incredible accomplishments. As I mentioned, Mark is probably best known as the co-author for the Chicken Soup for the Soul book series and brand. But even before that success, Mark also worked his way into a worldwide spotlight as a sought-after keynote speaker, and entrepreneurial marketing maven, creating a stream of successful people who have created massive success for themselves through Mark's unique teachings and wisdom.

With his endearing charismatic style, Mark is gifted at capturing his audience's attention as well as their hearts. Having spoken to over 6000 audiences world-wide with his one-of-a-kind technique and masterful authority of his work, time and again he continues to receive high accolades from his audiences as one of the most dynamic and compelling speakers and leaders of our time. His credentials include a lifetime of entrepreneurial success, alternative energy pursuits, in addition to an extensive academic background.

Many of Mark's ideas about the comprehensive success of all humanity came from his years of undergraduate study with the famous Buckminster Fuller, one of Albert Einstein's greatest students. He is also a prolific writer with many popular books such as the Power of Focus, The Aladdin Factor, Dare to Win, One Minute Millionaire, which has inspired and helped thousands of people the world over to become millionaires. Mark has also made a profound influence through his extensive library of audio programs, video programs, and enriching articles in the areas of big thinking, sales achievement, publishing success, and personal and professional development. He is most proud and passionate about his work as a passionate philanthropist and humanitarian, working tirelessly for organizations such as Habitat for Humanity, American Red Cross, March of Dimes, Childhelp USA, among others.

Mark finds his greatest joy now in his soul-mate relationship with his wife, best friend, and partner, Crystal Dwyer Hansen. He says a true soul-mate relationship allows you to express all that you were meant to be, at your best. Crystal and Mark enjoy spending cherished time with their combined five children and three precious grandchildren and try to include them whenever possible, into their travels around the world.