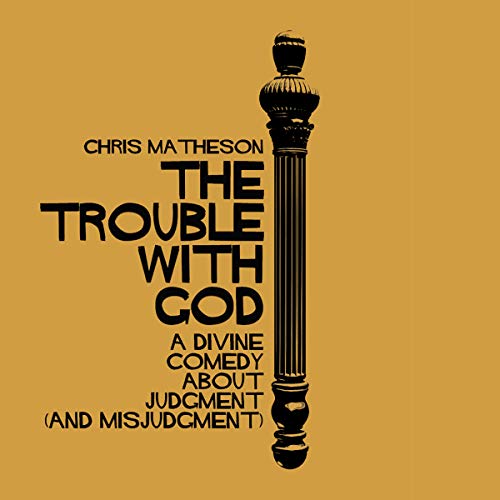 The Trouble with God

The Trouble with God

In this riotous, globetrotting sequel to The Story of God, the universe’s premier antihero, God, returns, as lonely, misguided, angry, and troubled as ever. Regretting many of the decisions he made in his debut book, and wrestling with his continued ambivalence to both his son(s) Jesus and his frenemy Satan, God decides to set things right with creation - again. But this time, he asks, why stick around the dusty Land of Israel or a decaying heaven when there’s a much bigger world to explore - and countless others out there just waiting to love and praise him? And why work with the same tired old prophets, when there are much better candidates for the job?

Journeying from the sands of Arabia to the hills of Utah to the stars of Southern California, God works to set his message - and record - straight. But with each new book he commissions, the same old questions, demons, and troubles remain. Forever haunted, he decides to do away with creation once and for all...or wait, maybe just apologize?

Returning to where it all began, God makes one final judgment, with the fate of the universe - and himself - hanging in the balance.

I loved the first one and I loved this one as well. Chris Matheson is a genius.

great addition to the previous book, adding the more modern reimaginations of the whole God myth.

Really enjoyed “God is disappointed in you”, which I have listened to several times and still enjoy listening to periodically. However, this book fell well short of my expectations.