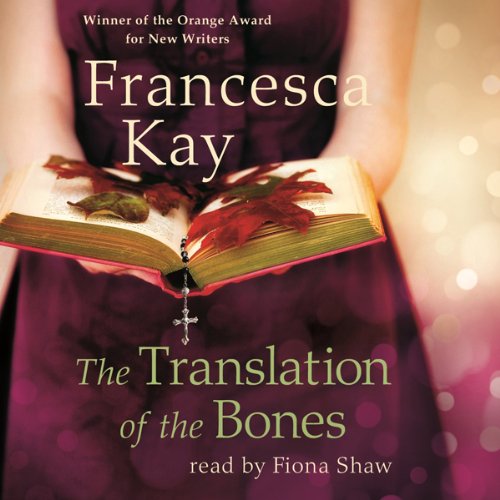 The Translation of the Bones

In a church in Battersea, Mary-Margaret O'Reilly sees blood on her hands and believes she has witnessed a miracle. The consequences are both profound and devastating - not just for her but for others, too: Father Diamond, the parish priest, struggling with his own faith. Stella, adrift in her marriage and aching for her ten-year old son, away at boarding school. Alice, counting the days until her soldier son comes home. And Mary-Margaret's mother, imprisoned in a tower block with nothing but her thoughts for company.

Read by Fiona Shaw. Fiona Shaw is an Irish actress and theatre director. She is best known for her aclaimed theatre roles, but to International audiences she is probably most familiar for her role as Petunia Dursley in the Harry Potter films and in 2011 for her role as Marnie Stonebrook in the True Blood series. Fiona was awarded an honorary CBE in 2001 for her services to drama and she has of course read numerous audiobooks including Dr. Johnson's London by Liza Picard, for Orion.