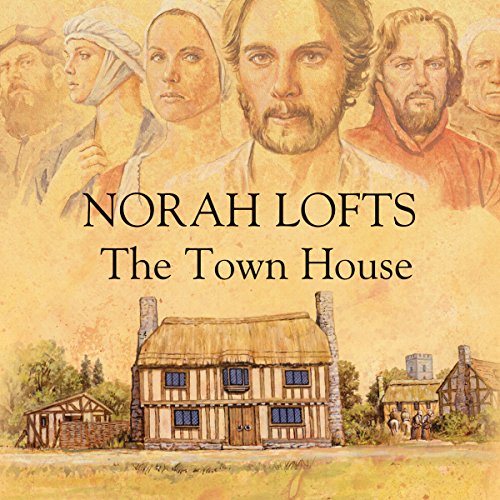 "It was in the first week of October in the year 1391 that I first came face to face with the man who owned me…the man whose lightest word was to us, his villeins, weightier than the King’s law or the edicts of our Holy Father.…"

So began the story of Martin Reed - a serf whose resentment of the automatic rule of his feudal lord finally flared into open defiance. Encouraged by the woman he loved, Martin Reed began a new life - a life which was to culminate in the building of the House, and the founding of the dynasty who were to live there.

Another winner by Norah Lofts

I've been reading Norah Lofts books back to back and have not grown tired of her voice yet. Normally writers have one formula and very little but names change. Tho this is true to a certain extent the story line & the characters mainly are so real with real things happening not just HEA & HEA they live like real people with lives that struggle loves that come and go. Not everyone gets their happily
ever after and it's sad when you have fallen for this persons life and feel they deserve the happiness...but alas it's not always meant to be. But when it does happen it's all the better!
Moving on right now to the second book in this trilogy.

Love this book, from my favorite author of all time. I read/hear Norah Lofts every day.

This held my attention from start to finish. Very nice mix of characters and well performed.