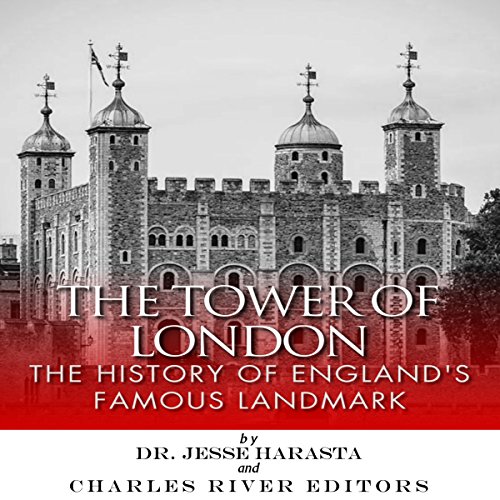 The Tower of London

The Tower of London is one of the most historic sites in all of England and still one of the most popular. All around is the modern city of London, one of the world's most prosperous and power financial districts, but the Tower is still a daunting structure that looms across the landscape. Not a single structure but a vast network of medieval and early modern fortifications, it anchors the southeastern end of the old city and controls access to the River Thames and, through it, London's connection to the sea. While the both the city and the Thames are often obscured by the walls once visitors are inside the Tower, they are inextricably tied to the building, giving the Tower its entire reason for existence.

Even today, taking a tour of the Tower can seemingly bring its history to life. Inside the visitor center are replicas of a crown, an executioner's ax, and similar artifacts, but for most visitors this is just the start. After they cross a small courtyard and approach the first gate, known as the Middle Tower, they come to a stone bridge over a now-dry moat and enter the castle itself through the Byward Tower. The Tower, like many fortresses of its day, was built in concentric rings, so inside the outer wall is a narrow strip of land before the inner walls. Long, narrow buildings line the inside of the outer wall, and to the left, along Mint Street, these structures once housed the operation of the Royal Mint, making all of the coins of the realm.

From there most visitors continue straight along, typically guided by one of the colorfully dressed Yeoman Guards (the famous Beefeaters).

What made the experience of listening to The Tower of London the most enjoyable?

Being British I have visited the Tower of London many times so it was very interesting listening to its history.

Have you listened to any of Phillip J. Mather’s other performances before? How does this one compare?

I think Phillip J. Mather is the best possible narrator of British history audiobooks because he has a quintessentially English voice. I always think audiobooks sound better read from a person from the country it's about.

The whole book was very interesting I could not pick a favourite bit.

Whether you love history, or are visiting the sites of London this book is a lovely way of learning about this popular tourist attraction which is steeped in history.

The history of Britain has always fascinated me. I've listened to many audiobooks on various subjects but honestly, when narrated by an American, it just lacks that authenticity that one expects. Phillip J. Mather brings not only his amazing vocal skills to this book, but presents a somewhat sensitive historical topic (the gory and infamous Tower of London) the respect it so deserves. Well done Phillip.

Would you listen to The Tower of London again? Why?

If you have free time, or even if you don't, this is an awesome ebook!

What does Phillip J. Mather bring to the story that you wouldn’t experience if you just read the book?

He brings life to the story!

I felt the emotions from the story!

very deadpan, educational but not entertaining

The Tower of London is an amazing trove of legend and lore, haunts and history!!! Such an exciting topic should have been enjoyable to listen to but unfortunately it was not. Comparable to a dull chapter in a grade school history book. The narrator has a nice deep voice however they was not much inflection or change of time to kindle and type of emotion.

What disappointed you about The Tower of London?

I actually thought the reader was JOKING with a contrived accent that is . . . just bizarre. The performance was SO BAD, how could I attend to ANYTHING else?

Has The Tower of London turned you off from other books in this genre?

I love tour guides and non-fiction . . . so this was just aberrant.

ANY other reader would have been a necessary first step.

I was just very confused.