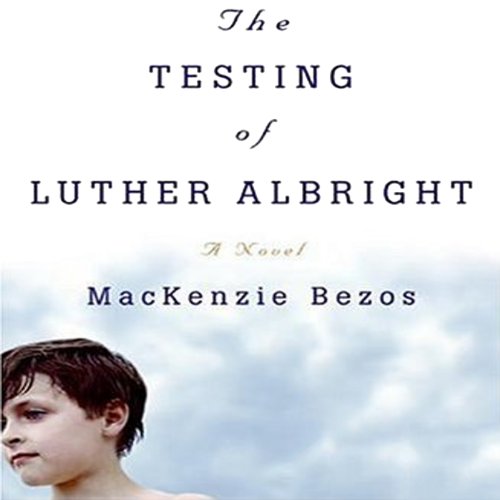 The Testing of Luther Albright

Luther Albright is a devoted father and a designer of dams, a self-controlled man who believes he can engineer happiness for his family by sheltering them from his own emotions.

But when an earthquake shakes his Sacramento home, the world Luther has constructed with such care begins to tilt: His son's behavior becomes increasingly bizarre and threatening, his loving wife seems to grow distant, the house he built with his own hands shows its first signs of decay, and a dam of his design comes under investigation for structural flaws exposed by the tremors. Nightmarish connections begin to whisper at Luther from the most innocent of places as debut novelist MacKenzie Bezos tightens her net of psychological suspense around the reader with bravura skill. This is a harrowing portrait of an ordinary man who finds himself tested and strives not to be found wanting.

"A sophisticated novel that breaks and swells the heart." (Toni Morrison)