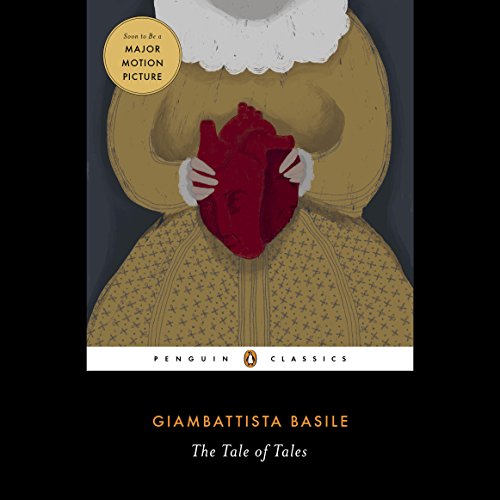 The Tale of Tales

Before the Brothers Grimm, before Charles Perrault, before Hans Christian Andersen, there was Giambattista Basile, a 17th-century poet from Naples, Italy, whom the Grimms credit with recording the first national collection of fairy tales. The Tale of Tales opens with Princess Zoza, unable to laugh no matter how funny the joke. Her father, the king, attempts to make her smile; instead he leaves her cursed, whereupon the prince she is destined to marry is snatched up by another woman. To expose this impostor and win back her rightful husband, Zoza contrives a storytelling extravaganza: 50 fairy tales to be told by 10 sharp-tongued women (including Zoza in disguise) over five days.

Funny and scary, romantic and gruesome - and featuring a childless queen who devours the heart of a sea monster cooked by a virgin, and who then gives birth the very next day; a lecherous king aroused by the voice of a woman whom he courts, unaware of her physical grotesqueness; and a king who raises a flea to monstrous size on his own blood, sparking a contest in which an ogre vies with men for the hand of the king's daughter - The Tale of Tales is a fairy-tale treasure that prefigures Game of Thrones and other touchstones of worldwide fantasy literature.

For years I have been hoping someone would record Italo Calvino’s Italian Folktales. That hasn’t happened yet, but this is just as good. Maybe even better.

Many of the stories Calvino re-told are recognizable here, though in their less family-friendly, more eschatological 17th Century forms. Farts, tarts and body parts abound. But the visceral is only one facet of an overwhelmingly vigorous range of expression. While I’ve added substantially to my arsenal of invective, there’s also no end of artful circumlocution here (a king warns a suitor for his daughter’s hand that if he fails the test, “your hood will lose its shape”). And I never dreamed there were so many ways of saying the sun rose, the moon was full, the stars came out, people talked or dinner was served.

Sometimes a colloquial expression or contemporary allusion crops up that, if I were reading, would send me to the footnotes—thus breaking the flow of the story. Being swept along on the tide of superb narration, I either guess at the meaning from the context or just let it go. After decades spent flipping dutifully to the notes, I’m beginning to think this new method is the secret to a happy literary life.

It goes without saying that the tales (and the uber-tale that frames them) is a sheer delight. Perhaps the most refreshing aspect of these stories is that virtue—hard work, honesty, generosity—gets rewarded every time. Basile intended these stories for the amusement of children (at least, he says he did), but we of the older set can find solace here as well. Especially in the morals that cap off every tale, such as: “God finds a port for a desperate boat”.

Worried that, in the interest of bloviated scholarship—the exploration of class and gender, etc.—this recording would include the voluminous introductions and forewords that kick off the paginated version, I put off this purchase for some time. But fear not. We dive straight into the tales without a single politically correct whimper or post-post-modern academic snivel.

There are only two downsides. First, in a work whose entertainment value depends upon the surprise and delight that only idiotic sons, beautiful maidens, charmed animals, and ogres and faeries who just happen to live next door can give, the producers recorded the short summaries that appear before every tale. Again, if I were reading I’d just skip. In an audiobook, some deft fast forwarding is advised if you don’t want to spoil the fun. Secondly, the eclogues that finish off the first four days' entertainment, while interesting, haven’t aged as well as the tales.

The narration is superb. Simon Vance is, as usual, delightful. And of the many different storytellers there’s not one who I’d banish to the Ogre’s stew pot.

if your a fan of folk fairytales

This is a good read if you a fan of folklore and old style fairy tales. It can drag in places and some stories are similar but accurate. The style is archaic and you may think the only monsters on earth are ogres. performance was good with character voices and flow.

extremely vulgar, struggled to get past first few chapters, NOT for children at ALL, NO liked