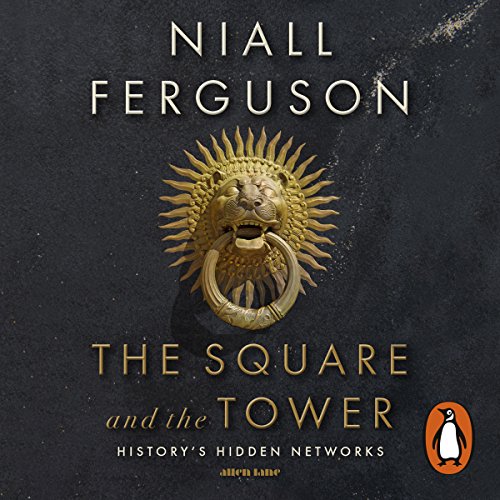 The Square and the Tower

Penguin presents the audiobook edition of The Square and the Tower by Niall Ferguson.

What if everything we thought we knew about history was wrong? From the global best-selling author of Empire, The Ascent of Money and Civilization, this is a whole new way of looking at the world.

Most history is hierarchical: it's about popes, presidents, and prime ministers. But what if that's simply because they create the historical archives? What if we are missing equally powerful but less visible networks - leaving them to the conspiracy theorists, with their dreams of all-powerful Illuminati?

The 21st century has been hailed as the Networked Age. But in The Square and the Tower, Niall Ferguson argues that social networks are nothing new. From the printers and preachers who made the Reformation to the freemasons who led the American Revolution, it was the networkers who disrupted the old order of popes and kings. Far from being novel, our era is the Second Networked Age, with the computer in the role of the printing press. Those looking forward to a utopia of interconnected 'netizens' may therefore be disappointed. For networks are prone to clustering, contagions and even outages. And the conflicts of the past already have unnerving parallels today, in the time of Facebook, Islamic State and Trumpworld.

Awesome interesting book, but the narrator pronounced so many things wrong!

The content is as you would expect from Ferguson awesome. Anyhow the often mispronounced words make me wonder if the narrator really did his research? For example he calls Ben Bernanke „Ben Bernank“. Very distracting from the content. Pity.

Hi all Ferguson in defeat of his own hybris.
statistics can not replace wit.
gossip is not equivalent history.
NF's weakest story

the Power of varoius Networks in histiry explained.
enjoying it