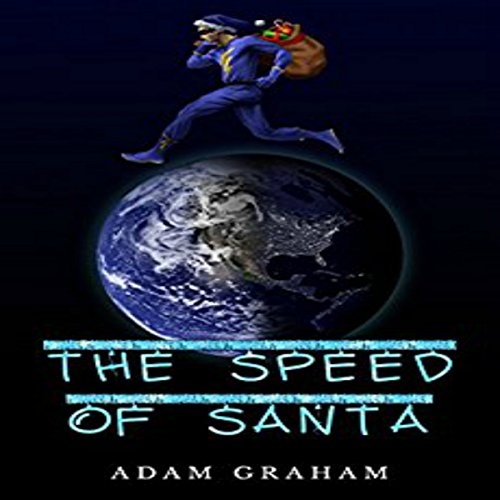 The Speed of Santa

"Bah humbug," Lieutenant Colonel Joshua Speed says. How can he be happy? He was ripped from 1957, stranded in the 21st century, and held captive by a super-criminal. Now he's escaped captivity to a homeland he barely recognizes as the country he defended in WWII and Korea as the costumed hero Major Speed. Almost all his friends have died, and he's lost most of what he loved about America.

Nothing's left for him but to go to Iraq and fight for the Kurds against ISIS. Until, that is, a dying man asks him to use his super speed to play Santa and deliver presents to every corner of the globe all in one night. In a world full of emerging heroes, he's still the only one who is fast enough.

Speed's great 24-hour Christmas Eve run provokes challenges from eco-terrorists following him from one end of the globe to another. They're after the mysterious Santa Box guiding Speed and have unknown, sinister plans for it. One way or another, this will be a Christmas Eve he won't soon forget.