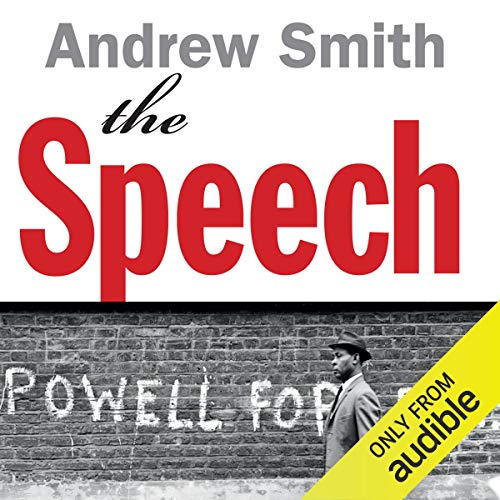 His words threatened rivers of blood...and they fought him with hope....

April 20th, 1968: Enoch Powell, MP for Wolverhampton South West, gives a speech that shakes a community and Britain to its very core. Words that provoke, that divide...that profoundly affect the lives of those they touch.

Mrs. Georgina Verington-Delaunay is an administrator working in the Conservative riding office of Enoch Powell. Frank and Christine are art students inadvertently caught in an undercurrent of intolerance. Nelson and his aunt Irene are Jamaican immigrants striving to make a life for themselves in a turbulent atmosphere. In the shadow of Powell's speech, a violent crime brings these disparate characters together as they struggle to find their places in the swiftly changing society of 1960s Britain.

Set against a background of subversive music, radical fashions and profound change in moral values, they attempt against all odds to bring a fair conclusion to an unjust investigation. As they work together against murky elements of self-interest and bigotry, they're forced to confront their own consciences and prejudices, and the listener is taken on a compelling journey into the beating heart of a community in turmoil.