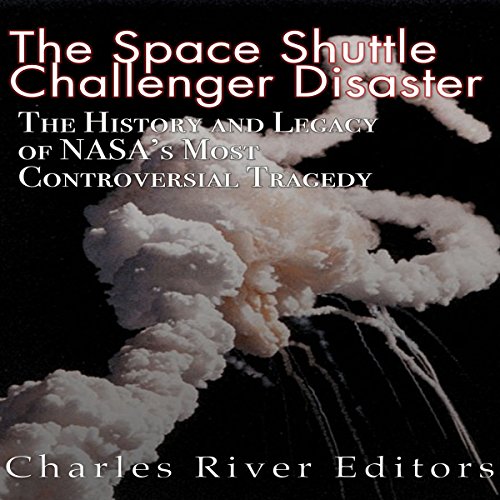 The Space Shuttle Challenger Disaster: The History and Legacy of NASA's Most Notorious Tragedy

The Space Shuttle Challenger Disaster: The History and Legacy of NASA's Most Notorious Tragedy

In the decades after the Apollo program, American space shuttles flew over 130 missions and successfully completed over 98 percent of them, but unfortunately, the two most famous missions were the ones that ended tragically aboard the Challenger and Columbia.

On the morning of January 28, 1986, the Space Shuttle Challenger launched for the 10th time, beginning mission STS-51-L. Space shuttles had already successfully completed 24 missions, and no American spacecraft had ever failed to reach orbit during an official mission. On this mission, the Challenger was carrying a satellite for the Tracking and Data Relay Satellites system, which was to be deployed in orbit. The crew included Ronald McNair, who had already been the second African-American in space, and Ellison Onizuka, who had already been the first Asian-American astronaut in space. But the highlight of the mission was to be the "NASA Teacher in Space Project," in which a civilian teacher would give teaching lessons to his or her class while onboard the space shuttle. The winner of the competition was Christa McAuliffe, a high school teacher in Concord, New Hampshire, who wrote a winning essay and had to undergo a year of astronaut training before that fateful day.

That morning, many spectators came to the Kennedy Space Center to watch the launch. Several news networks were carrying live broadcasts of the launch, including live shots of McAuliffe's parents as they watched the Challenger liftoff. Mission Control's transmissions to the Challenger were being blared over loudspeakers to give spectators a play-by-play of the shuttle's ascent.

Ascent seemed to be going normally during the first minute, but about 75 seconds into the ascent, a plastic O-ring used to seal a joint in one of the solid rocket boosters failed, causing a breach of hot gas. That gas spread to the other rocket booster and the external fuel tank, causing an explosion. When the spectators saw the explosion, many of them started cheering, unaware of what was really happening. But Mission Control quickly announced that there had been some sort of problem, and the crowd became confused and then panicky as the space shuttle, fuel tank and rocket boosters all broke apart and flew in opposite directions. Some cameras fixed on the falling debris as it fell to the ocean, while others stayed focused on McAuliffe's parents.

The entire crew was killed in the explosion, and investigations concluded that they may have survived until crashing into the ocean. After the Challenger disaster, the space shuttles were grounded for about two years, and a commission issued findings that would be used in an effort to prevent similar tragedies.

One New Fact Revealed . The rest was mediocre.

Colin Fluxman, narrator, did his best to breath life into a book that totally lacked emotion. This is a very emotional subject if you ask me. It was a mission of many firsts which are listed in this book but with little fanfare. Maybe it is just me but I feel that this subject should be treated with gloved hands.

On the plus side it is worth reading because you will never believe who NASA's whistle blower was! No I am not even going to give you a clue......read the book!