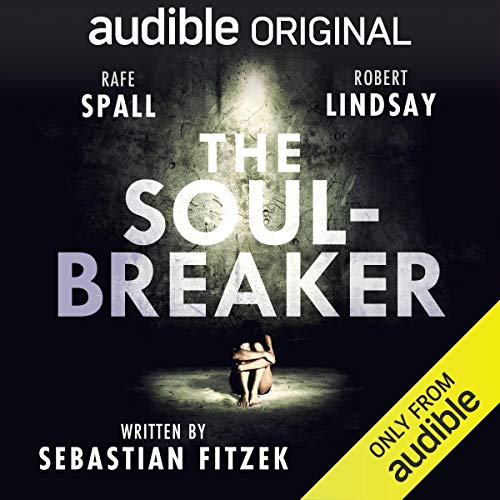 Three women go missing without trace. A week is enough for the psychopath known in the press as the 'the Soul-Breaker' to destroy them. By the seventh day the women are psychologically dead, like bodies without a soul.

Shortly before Christmas, the Soul-Breaker strikes again, this time in an exclusive psychiatric clinic. The clinic has been cut off by a snowstorm, and the Soul-Breaker is in their midst. Trapped in the clinic, staff and patients band together to protect each other, but in a night of unimaginable terror, the Soul-Breaker shows them that no one is safe.

Please note: This title contains explicit language and scenes of a sexual nature.

I have every one of Sebastian Fitzek's available audiobooks, single narration as well as the multi-narrated performances. I was very excited to find out there was a new title released and immediately purchased it, but I have mixed feelings about this one.

First, the performance, as the other three that audible studios has produced, was 5 star amazing. I love the concept of adding music and sound effects when done correctly. And I've grown so fond of Robert Glenister voicing the main narrator that it almost feels like tradition.

However, in this instance, the story becomes do over the top that it's really hard to suspend your disbelief enough to get past it. At least in my case it was. There was some major eye rolling going on toward the end on my part. But it started out strong and the entire package still makes it worth the listen. You just have to go into it with a really open mind... like when you're watching a cheezy B-class horror flick.

Reminded me of a very old,,first book written by Stephen King

great story and dramatisation again. I am now looking for the next one. well done

I am not really surprised to see 4 stars on reviews of Fitzek’s unique writings. I just finished 8 in succession... everything translated to English, thus far. These productions are psychological jigsaw puzzles. The more publications you listen too, the more adept you come in not being a nervous wreck and just putting it down. I started wit Amok and have not stopped. There is a cadence to the thrill/shock/guesswork if you read as many as you dare. Fitzek makes it hard to go back to my favorite suspect/detective authors. f you can not appreciate the mindset and follow Fitzek’s expertly woven tales, you surely would not give perfect ratings However, I dare you to slight the stage quality narrations and dramatizations!

not my kind of storyline

this is not a story that interests me. Anyone else may love it , but that is not me.