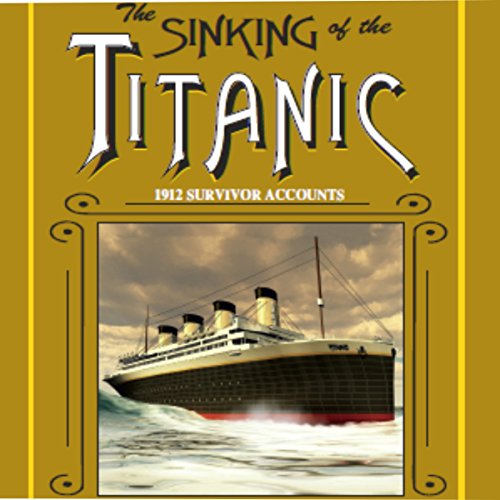 The Sinking of the Titanic

The very first narrative published after the Titanic's demise!

The Titanic was on fire before it hit the iceberg!

Shortly after the Titanic sank on the morning of April 15, 1912, author Logan Marshall compiled a history of the tragic event. His narrative plays like a novel, yet every word is true.

Bruce Caplan took the original work and edited and abridged the book to include new information and today is a much sought-after public speaker and considered a premier Titanic expert.

Myth: the ship was safest when it left port.

Reality: the ship was on fire from the time it left Southampton. Not a tiny blaze, but a roaring inferno that probably contributed to the disaster.

Myth: All the men patiently stood by and let the women and children enter the few lifeboats.

Reality: Men were shot on deck as they attempted to board the lifeboats and save their own lives.

all in all the narrative of the Titanic could use some more feeling.
the performance lacked feeling and a certain amount of passion.
the story was good, there were some I had not head before.
in all I enjoyed all of it.
MP