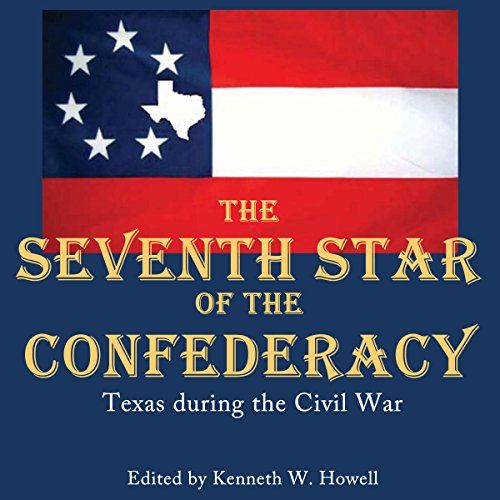 The Seventh Star of the Confederacy

On February 1, 1861, delegates at the Texas Secession Convention elected to leave the Union. The people of Texas supported the actions of the convention in a statewide referendum, paving the way for the state to secede and to officially become the seventh state in the Confederacy. Soon the Texans found themselves engaged in a bloody and prolonged civil war against their northern brethren. During the curse of this war, the lives of thousands of Texans, both young and old, were changed forever.

This new anthology, edited by Kenneth W. Howell, incorporates the latest scholarly research on how Texans experienced the war. Eighteen contributors take us from the battlefront to the home front, ranging from inside the walls of a Confederate prison to inside the homes of women and children left to fend for themselves while their husbands and fathers were away on distant battlefields. Also explored are well-known battles that took place in or near Texas, such as the Battle of Galveston, the Battle of Nueces, the Battle of Sabine Pass, and the Red River Campaign. Finally, the social and cultural aspects of the war receive new analysis, including the experiences of women, African Americans, Union prisoners of war, and noncombatants.

The book is published by University of North Texas Press.