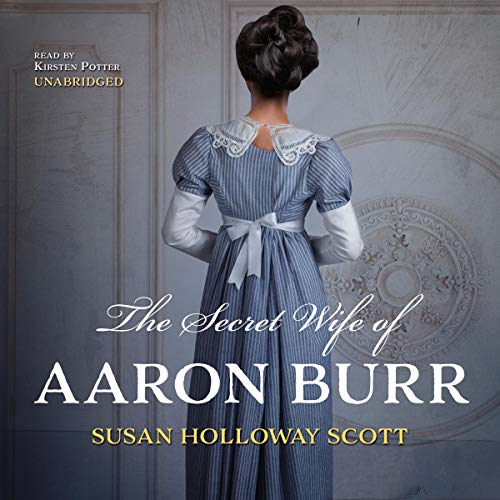 Eugenie Bearhani (1760-1835) was born in Calcutta, raised in Haiti, and brought as a servant - a free woman of color - to America by an English officer on the eve of the American Revolution. Yet none of that prepared Eugenie for her next employer: Colonel Aaron Burr, a man some whispered had made a pact with the devil.

The lines between master and servant soon tangle and blur, and first attraction becomes dangerous obsession. Many historians deny she even existed, but Eugenie and the children she bore to Burr were very real - and so was her little-known marriage to America's first true villain.

A vivid novel based on the life of a Indian/British girl sold into slavery in India and the twists and turns her life takes until she winds up the property of Theodosia, the soon to be wife of American politician, Aaron Burr. This is a textured tale of the birth of a nation that is full of the contradictions and ambiguities of class, gender and race discrimination. I thoroughly enjoyed this book. Susan Halloway Scott has done an excellent job. The narrator keeps the story on pace and alive.

As it was Audible I resented the way readers made Mary sound VERY unthankful. I enjoyed the history true or imagined of Burr and Hamilton

I immensely enjoyed the musical Hamilton. I decided to further my history education by reading about the man who shot Hamilton. The story was captivating

loved it! slow to start but stick with it! great narrator as well! worth the listen.

It was ok but not my favorite from this author. I t wasn’t so bad that I couldn’t finish it but I think that the narrator had a lot to do with that.

The story could have ended about 2 hours earlier.