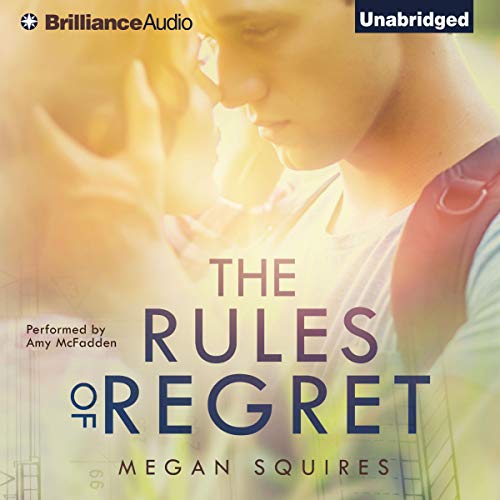 The Rules of Regret

When Darby meets Torin as a fellow counselor at the survival camp she impulsively applies to, she’s certain his main goal is to turn her world upside down, with his disheveled curly hair, irresistible dimples, and endearingly quirky habit of reciting quotes from classic movies and ancient thinkers.

Darby’s not sure she can adapt to Torin’s way of viewing his past and the tragedies he's faced. Because she’s had her own share of heartache too, and as much as she wants to believe that it’s all been for a purpose, she hasn’t been able to move on. Yet the more time Darby spends with Torin, the more she longs to break free of her carefully constructed routine and fall into something new.

She’s just not sure that she should be falling for Torin along the way.

"The Rules of Regret" is centered around the philosophy of 2 young adults (age 19/20). They come from 2 different worlds. They meet at summer camp. They are 2 of the counselors at
an intense program for troubled teens. Darby will be a Junior at Stanford University in the fall. She applies for the job to earn money. Torin, is the son of the Camp Directors/Owners & has grown up living in the mountains. I loved these characters & their intense interaction with each other. I would be careful about recommending