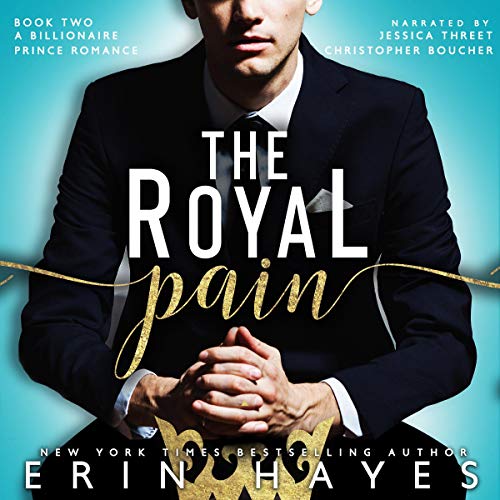 The sequel to Erin Hayes' hit The Royal Trade: A Billionaire Prince Romance....

As the crown prince of Dubreva, Phillip lived a life without regrets. Until now.

Disgraced and humiliated by his very public breakup with his ex- fiancée, Phillip just wants to move on with his life as quietly as a billionaire prince can.

He can’t avoid his duties to his people - but he never expected to be thrown into the path of a beautiful CEO who’s even more famous than he is. And richer. Not to mention, the media empire she built from the ground up is watching his every move.

Lucky for him, she’s not at all interested in helping him find redemption. Then again, Phillip may be falling for her. If only she would stop being such a royal pain.

The story did not sweep me off my feet. Truthfully, it was probably due to the narration. Horrible! Both were terrible.

I love this Series!

This is the second book of A Billionaire Royal Prince Romance Series. I love this series! Phillips and Jessica's story is beautifully written, fun, sweet, and sexy. The secondary characters are great. Jessica Threet and Christopher Boucher did an amazing job with the narration. I love their voices together. This is a great team author/narrator. Looking forward to listen to the next book in the Series, The Royal Mistake.