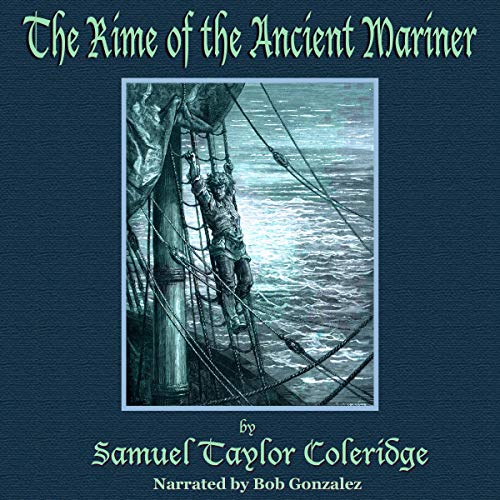 The Rime of the Ancient Mariner

This is the poet's final version of this poem. Coleridge is a master of mellifluous poetic phrasing - hypnotic and incantatory - and uses it deftly to weave a spellbinding tale of sin and redemption.

How a ship was driven by storms towards the South Pole; and how then she made her course to the tropical Latitude of the Great Pacific Ocean; and of the strange things that happened; and in what manner the Ancient Mariner came back to his own country.

An ancient Mariner meets three youths attending a wedding feast, and detains one. The Wedding-Guest is spell-bound by the old seafaring man, and constrained to hear his tale. The Mariner tells how the ship sailed southward with a good wind and fair weather, till it was drawn by a storm toward the South Pole. In this land of ice, and of fearful sounds, no living thing was to be seen. Until a great sea-bird, an albatross, came through the snow-fog, and was received with great joy and hospitality. And happily, the albatross proved to be a bird of good omen. It followed the ship as it returned northward through fog and floating ice. Then, the ancient Mariner inhospitably kills the pious bird of good omen. There follows a tale in which the Mariner relates the incredible story of supernatural, dreamlike, horrific events where a divine nature spirit force imposes punishment and penance on him for the hellish act of killing the albatross.