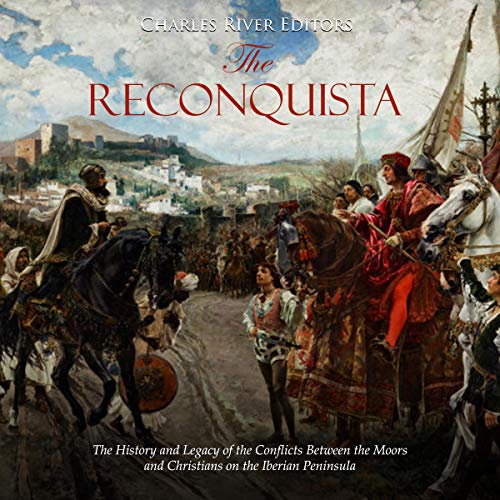 The Reconquista: The History and Legacy of the Conflicts Between the Moors and Christians on the Iberian Peninsula

The term “Reconquista” is a Spanish word transferred to the English language to represent the nearly 800 years in which the Moors and Christians struggled against one another for control of the Iberian Peninsula. Although the phrase typically refers to the time when the numerous Christian kingdoms mobilized to overthrow the Islamic Caliphates set up in the peninsula, the term can additionally be used to refer to the entire situation starting in the eighth century, when Islamic civilization slowly moved out of North Africa, across the Mediterranean Sea, and into southern Iberia.

Not surprisingly, three religions attempting to coexist during medieval times resulted in nearly incessant conflicts, marked by high taxation, disparate societies, rigid cultural controls, and systemic violence. Despite the odds, these three religions managed to live in a state of quasi-acceptance and peace in most of the major cities like Cordoba and Toledo, with sporadic warfare occurring on the borders between Al-Andalus and the Christian kingdoms near the Pyrenees Mountains. Muslims, Christians, and Jews would attempt to reorganize their societies several times over the centuries through warfare, always with Jews on the lower rungs and Christians and Muslims fighting it out above them.

Though it’s often forgotten today, the fighting that took place during the Reconquista was not originally driven by religion. Instead, the majority of the battles were fought by ambitious rulers who sought territorial expansion, like many other civilizations during the Middle Ages. In fact, the Reconquista would not gain its unique religious flavor until the 13th century.

After the Reconquista officially ended, the anger, bitterness, and resentment fostered by the fighting resulted in further warfare as the newly created Christian kingdoms of Spain and Portugal continued their fight by chasing after and conquering Muslim territories and civilizations in Africa. Another byproduct of the Reconquista was the notorious Spanish Inquisition, and Ferdinand and Isabella’s choice to expel the Jews had dire consequences not only for the Jewish population but for Spain as well. The country’s economy suffered after the expulsion, as the country lost many skilled craftsmen, money lenders and bankers, a critical part of their economy. The legacy of the Reconquista has reverberated throughout the peninsula ever since, resulting in a diverse culture, continued religious tensions, and historical accounts and legends about glorious warfare, brutal torture, and the formation of devoutly religious states that lasted until the 20th century.

The Reconquista: The History and Legacy of the Conflicts Between the Moors and Christians on the Iberian Peninsula examines the events that shaped the modern history of Spain and Portugal, as well as the ramifications.

Ce que les auditeurs disent de The Reconquista: The History and Legacy of the Conflicts Between the Moors and Christians on the Iberian Peninsula

Typical double standards that lead to revisionist history. Moslems are the heroes and Christians are the villains. None of this course is accurate beyond the events, and those events are cherry picked. And to top it off the narrator's sharp breaths between sentences becomes grading over time.

A great overview in condensed time. There is a lot of information to cover, but this book gave me a good sense of the flow of events and conflicts during the Reconquista.