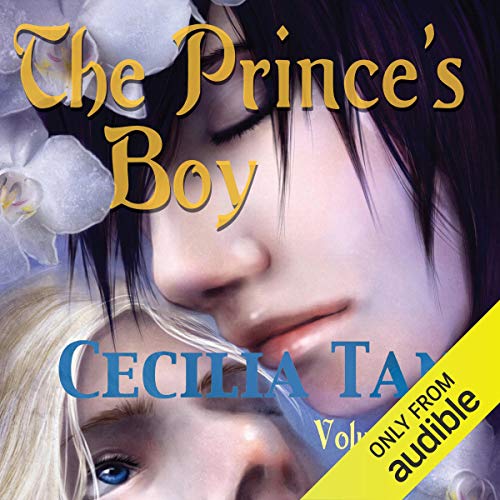 After a magical attack that scatters the army, General Roichal flees with Kenet on horseback, while Sergetten and Jorin begin the search for the missing prince. Only together can they root out the evil that threatens the crown and bring this story to a just end. Volume Two of The Prince's Boy collects the second and final year of this original web serial by Cecilia Tan, from chapters 57 to the end. Drawing on complex themes of dominance and submission, the need for secrecy in a world where homosexuality is not accepted, and the intertwining of sex with magic, Tan weaves a multi-layered, sex-filled adventure that is part the Three Musketeers of Dumas and part Anne Rice's The Claiming of Sleeping Beauty.

Eroticism with a plot

Not for everyone.
I personally stumbled on it because I grew bored and tired of the interchangeable muscular alpha males in the hetero romance section and the female airheads serving as heroine.

There is A LOT of sex that goes quite well with the plot.

I prefer this last volume over the first one. Never understood the attraction nor liked Joran with the old instructor. There was a lot of their coupling in volume 1.

The narrator, when doing sir Roy's voice, is too theatrical in my opinion.

Worth a credit? Well if you aren't shy...YES!

Loved it! The story and narration was compelling and I will listen to it again.

Magic, is wonderful! But truth is better

A lot of sex

I dont think i ever read a book where the sexual relationship acually plays a vital role in the story in a way that everyting in the story is depending on how "well" they do it. Weird but it sort of works - the story is still well thought-through.

Satisfying Finale to this Series