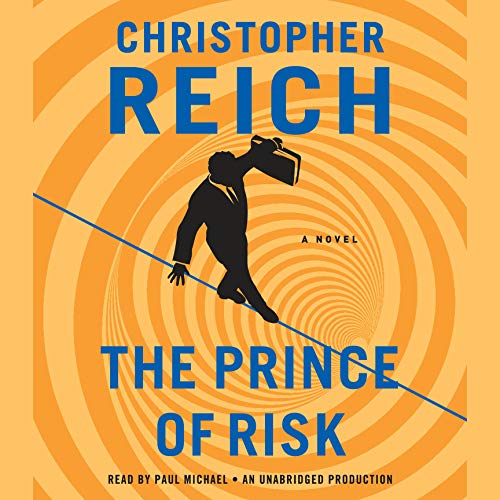 The Prince of Risk

The Prince of Risk

At the crossroads of high finance and international terrorism, a New York hedge-fund manager searches for the truth behind his father's murder.

The master of the financial thriller returns.

Bobby Astor is a fearless New York hedge-fund gunslinger on the verge of making his biggest killing ever. But everything changes when his father, the venerable chief executive of the New York Stock Exchange, is murdered along with the head of the Federal Reserve in a brazen, inexplicable attack on the South Lawn of the White House. In the moments before his death, Astor's father sends Bobby a mystifying text message…a single word that Bobby soon realizes offers the only clue to the identity of his father's killer and the terrifying motivation behind the attack.

As Bobby unravels the mystery behind his father's death, he crosses paths with his ex-wife, no-nonsense Special Agent Alex Forza of the FBI, who is hot on the trail of a band of elite international terrorists intent on infiltrating New York City. All the while, Bobby must fight to hold together his increasingly risky business deal. At stake is not only the survival of his company and a colossal fortune…but also a sophisticated foreign conspiracy that threatens the entire financial system of the United States.

The Prince of Risk is Christopher Reich's most prescient, suspenseful, and entertaining thriller, a novel that anticipates the headlines of the near future and shows, once again, why The New York Times calls Reich "the John Grisham of Wall Street."

After 23 chapter I was bored

I’m not sure board is a strong enough term. I couldn’t imagine going the full hundred chapters. Although this book tries to be intriguing and tries to have conflict; tries to be an action novel... it is so busy trying it never comes close. The characters lack realism and the story lacks believability.

I've read Christopher Reich's prior novels... This one was not at all in the same league... Lacking luster, a little flat

I'm a big Christopher Reich fan, but this book was my least favorite. Great premise but horrible execution from a respected author.

What could Christopher Reich have done to make this a more enjoyable book for you?

The prose was just blah...seemed like he phoned this one in

The narrator was fine, I've enjoyed Paul Michael, not his fault

The story line was promising...great trailer but no meat.

Only have a problem with the reader not the story

What did you love best about The Prince of Risk?

I liked having at least 4 threads running at once. The writing was good and kept me interested.

I thoroughly enjoyed the plot. With multiple threads running the author keeps you engaged because you do not know what happens next but you care.

I enjoyed the scene where the FBI raid does not go as planned.

The readers pace is painfully slow in the first few chapters. I almost quit the book for this reason

I really enjoyed the thriller mixed with economic and political insights. Perfect for me!

Fun thriller with some hedge fund action thrown in. Kept me glued to my headphones. However the Characters were a bit wooden. Hedge fund manager way too nice and straight lace for a trader. His ex FBI agent to dedicated, not jaded at all working in law enforcement, and actually prays to J. Edgar... come on. Great reader.

Yes- not my usual read but part for the course for author. Financial intrigue with attempt at immigrant family several generations up the line "seeing the market" while playing the bad boy.

Plot was good if not predictable. Financial ruin in some aspects, love interest thrown in, and geopolitics for good measure. Not a thriller but close.

Narrator gets fair marks. Did not take away from quality of the experience.

Do you think The Prince of Risk needs a follow-up book? Why or why not?

Not needed but room was left for a new story with same characters.

Parts in middle were a little slow but overall a quality listen by a known quantity author.