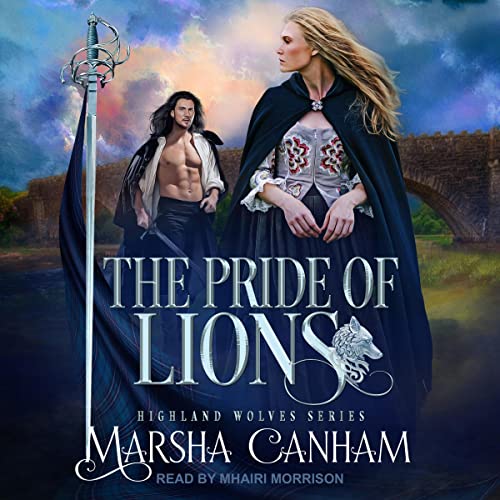 The Pride of Lions

Best-selling, award-winning author Marsha Canham sweeps us into the turbulence and romance of Scotland's quest for freedom in a saga of two born enemies whose lives and destinies are irrevocably bound to the fate of an empire.

Forced into an unwanted marriage by a reckless game of chance, how was the spoiled and pampered Catherine Augustine Ashbrooke to know the handsome stranger with the brooding midnight eyes would make her the pawn in a dangerous game of his own?

Alexander Cameron may have won the highborn English beauty in a duel, but not even the lure of long-forgotten desires could keep him from his meeting with destiny. He had no choice but to carry his reluctant bride off to the Highlands, to a world of ancient blood feuds and a brewing rebellion - a world where fiery passion and breathtaking courage would prove that even legendary warriors could lose their hearts.

Oh my gosh ….. I can’t read a story when I hate the heroine. What a monster. She’s a spoiled brat and difficult to even care about. Without some ability to empathize. I want me mint back.

Couldnt get past the first chapter

The writing Seems to be very childish and couldn't get past the first chapter. It is just my opinion, I'm sure there are many that like it.

This is my first of Marsha Canham's stories. The story is mostly of conflict/angst between H&H. That got old quickly. And with 2 hours left in the book, I knew this was going to be a cliffhanger! I won't be getting #2 in this series.
As for the narrator, I've listened to her before, that's one reason I got this book. But her male and female characters all sound alike. 😬