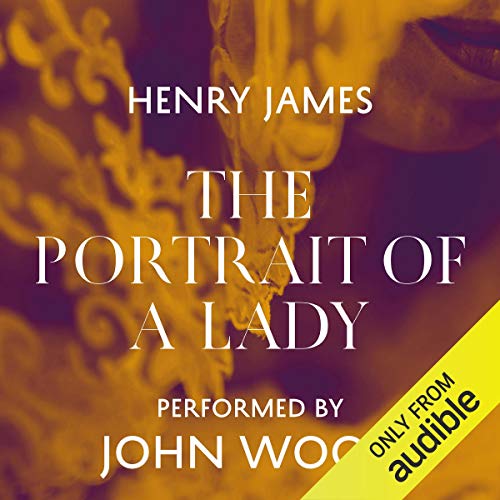 When Isabel Archer, a beautiful, spirited American, is brought to Europe by her wealthy aunt Touchett, it is expected that she will soon marry. But Isabel, resolved to enjoy the freedom that her fortune has opened up and to determine her own fate, does not hesitate to turn down two eligible suitors, declaring that she will never be wed.

It is only when she finds herself irresistibly drawn to the cultivated but worthless Gilbert Osmond that she discovers that wealth is a two-edged sword. She becomes a victim of her own provincialism and the scheming of her friends, learning only too late that there is a price to be paid for independence. A tragic tale of love and betrayal, it still resonates with audiences today.

With its subtle delineation of American characters in a European setting, The Portrait of a Lady is considered the masterpiece of the first phase of James's career and arguably his most popular story. Within it we find a reflection of James's interest in the differences between the New World and the Old, often to the detriment of the former.

A film adaptation was made in 1996 by New Zealand director Jane Campion, starring Nicole Kidman, John Malkovich, and Barbara Hershey.

Having begun his career on stage, John Wood spent seven years in television before eventually playing lead roles in Tom Stoppard's teleplays in 1967. After two Tony nominations for his performances in Rosencrantz & Guildenstern Are Dead and Sherlock Holmes, he won the award for Best Actor for his role in Stoppard's surrealistic farce, Travesties, in 1976. He also had a long career with the Royal Shakespeare Company and continued his theatre work in both America and the UK, eventually receiving a Laurence Olivier Award nomination in 1997 for his role in Stoppard's Invention of Love.

In 1996, Wood performed in BBC Radio 3's audio production of Man and Superman by George Bernard Shaw and in 2010 he narrated audiobook The Portrait of a Lady with Audible Studios. His appearances in feature films have included Nicholas and Alexandra (1971) and, later, television appearances have included Foyles's War (2004) and Lewis (2007). In 2007 he was appointed Commander of the Most Excellent Order of the British Empire (CBE).

John Wood's narration is just about perfect. The "American" accents are not "realistic," but that is a minor quibble, especially as it is offset so well by the perfect rendition of the narrative voice. Wood clearly understands the arc of the novel as a whole, so each chapter, paragraph, sentence has the right tone and nuance; the little refracted ironies strewn about everywhere are nicely expressed. Best of all -- I say this without having heard other readings -- is that Wood reads slowly. He savors the words, and we have time to understand them. The production values and audio quality are fabulous. I echo Linda's comment: Please, Mr. Wood, record more James!

John Wood's compelling reading demonstrates a true and deep understanding of this, one of Henry James's greatest novels. His characterizations were perfect, particularly the difficult and at times enigmatic character of Isabel Archer. I hope Mr. Wood will do many more of James's works.

I have read a few Henry James before but it was this book that really made me aware of the fact that he was the male, American version of Jane Austen but without the wit and insight.

The Portrait of a Lady is a tale of manners, of might bes and being careful of what you wish for. After several books recently I am beginning to wonder how the institution of marriage survived the Victorian times - none of them have been happy and most of the husbands were monsters, this marriage was another to add to the list.

I enjoyed it but it was very slow - beautifully slow in its accuracy to describe fully a room, a look or a thought but it did mean that the action was subdued, almost to the speed of molasses!

My biggest criticism of the book however was the narrator. John Wood is a lovely narrator and I hope to hear him again, but he was completely wrong for this book. Its an American view of English and ex-patriate life in Europe, to have it read by an Englishman who can't do an American accent or a woman's accent without it sounding like he's in drag, was very disappointing.

I felt mean giving this book only four stars but unfortunately that's all it deserved.

John Wood did a perfect job on this wonderful classic. He didn't just read, he acted each character.

I am in love with John Wood

The narrator of this book is excellent, and adds a lot of verve to this story. Worth it, listen if you like the classics.

Mr. Woods was a wonderful actor, but his narration of Portrait of a Lady is, at best, distracting. This is one of my favorite books, so maybe, like reviewer Elinor below, I'm more picky than usual, but the frequent interruptions for episodes of panting, audible swallows, painful American accents and his unfriendly portrayals of the women made this hard going. Like other reviewers, I was particularly put off by the shrill women's voices. This isn't the first time I've been disappointed with a narration by a well-known actor. I think narration requires different skills than those of a movie or television actor.

If you can listen beyond Mr. Woods' theatrics, though, the book is wonderful. Granted, a great deal has changed for women since the book was written, and it makes it difficult for us to understand some of young
Isabelle's actions and choices. She can easily seem frivolous and overly self-involved. Maybe her experiences and challenges as a very young woman are too different from those experienced by young women today; maybe this part of the book does not withstand the test of time. But the adult Isabelle is another person altogether--along with her adult husband and friends. We've known these people, and unfortunately, we've known these situations. Henry James wrote of Isabelle with great love and sympathy. I think this book remains a classic because most readers will find the same love and sympathy.

The Narration of this Book Was Wonderful

Having never listened to a Henry James novel, I was concerned about the "readability" of it. I was delighted by the narrative abilities of John Wood. He really made this book shine with the pure magic of listening to his descriptive ability.

Frustrated by the narration

I love this book, so perhaps I'm prone to being picky, but I was SO frustrated by the narration that I purchased another version just so I could continue with the book. I'm sensitive to male narrators who attempt female voices but just end up sounding shrill (it makes the female characters seem unlikeable), and this is one of the worst instances I've experienced. His Henrietta Stackpole, for instance, was so shrill & awful, I just had to turn it off. I'd recommend the Nadia May version, which I bought to replace this.

John Wood does justice to James's masterpiece with his excellent reading. I don't love his female voices, but the male voices are good, and his narration is superlative. I hope someone will hire John Wood to do more audiobooks.

Just a pitch perfect narration of one of the greatest novels ever written. Everyone should experience it