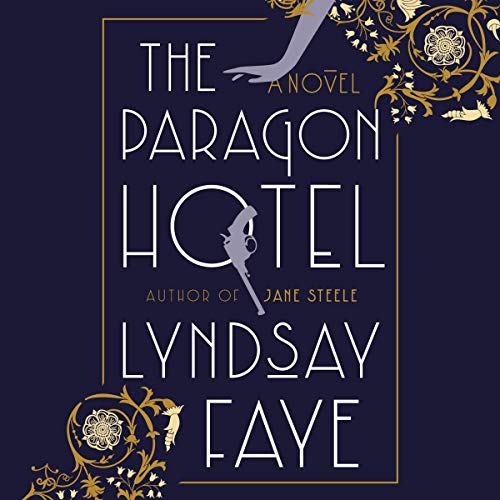 A gun moll with a knack for disappearing flees from Prohibition-era Harlem to Portland's Paragon Hotel.

The year is 1921, and "Nobody" Alice James has just arrived in Oregon with a bullet wound, a lifetime's experience battling the New York Mafia, and 50,000 dollars in illicit cash. She befriends Max, a Black Pullman porter who reminds her achingly of home and who saves Alice by leading her to the Paragon Hotel.

But her unlikely sanctuary turns out to be an all-Black hotel in a Jim Crow city, and its lodgers seem unduly terrified of a White woman on the premises. As she meets the churlish Dr. Pendleton, the stately Mavereen, and the club chanteuse Blossom Fontaine, she understands their dread. The Ku Klux Klan has arrived in Portland in fearful numbers - burning crosses, electing officials, infiltrating newspapers, and brutalizing Blacks. And only Alice and her new Paragon "family" are searching for a missing mulatto child who has mysteriously vanished into the woods. To untangle the web of lies and misdeeds around her, Alice will have to answer for her own past, too.

A richly imagined novel starring two indomitable heroines, The Paragon Hotel at once plumbs the darkest parts of America's past and the most redemptive facets of humanity. From international best-selling, multi-award-nominated writer Lyndsay Faye, it's a masterwork of historical suspense.

“The Paragon Hotel is set a century ago, but its themes of social and cultural upheaval feel sufficiently fresh that you might think twice about calling Lyndsay Faye’s sixth novel historical fiction. But calling it terrific - not for a minute should you hesitate to do that.... The great strength of 'The Paragon Hotel' is Ms. Faye’s voice - a blend of film noir and screwball comedy.... The jauntiness of the prose doesn’t hide the fact that Ms. Faye has serious business on her mind. At bottom, The Paragon Hotel is about identity and about family - those we’re born into and those we create.” (The Wall Street Journal)

“This historical novel, which carries strong reverberations of present-day social and cultural upheavals, contains a message from a century ago that's useful to our own time: ‘We need to do better at solving things.’ A riveting multilevel thriller of race, sex, and mob violence that throbs with menace as it hums with wit.” (Kirkus Reviews, starred review)

“Gangsters and prostitutes, nightclub singers and dodgy cops, an African-American hotel under constant threat of violence.... Lyndsay Faye drops us right in the middle of the tumult of the Prohibition Era, bringing to life one of the darker times in our nation’s history with wit and heart.” (Lauren Willig, New York Times-bestselling author of The English Wife)

A gem of a book

Such a bewitching story, with larger than life characters that work themselves into your heart and take up permanent residence there!