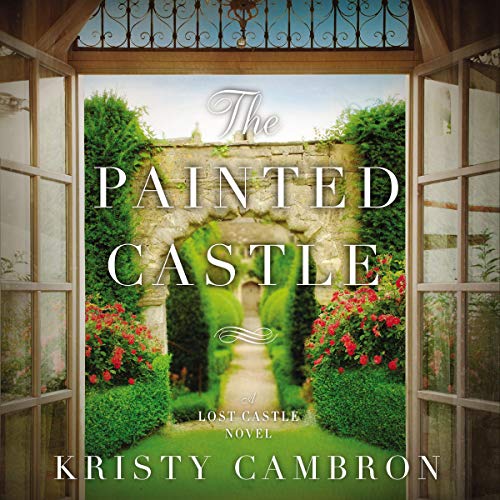 Set in three time periods - the rapid change of Victorian England, the peak of England’s home-front tensions at the end of WWII, and the modern day - The Painted Castle unlocks secrets lost for generations just waiting to be found.

A lost painting of Queen Victoria. A library bricked off from the world. And three women, separated by time, whose lives are irrevocably changed.

In Victorian England, talented sketch artist Elizabeth Meade is engaged to Viscount Huxley, owner of Parham Hill. However, Elizabeth’s real motive for being at Parham Hill has nothing to do with art or marriage. She’s determined to avenge her father’s brutal murder - even if it means a betrothal to the very man she believes committed the crime.

A century later, Amelia Woods - a World War II widow who has turned Parham Hill and its beloved library into a boarding school for refugee children - receives military orders to house a troop of American pilots. She is determined the children in her care will remain untouched by the war, but the task is proving difficult with officers taking up every square inch of their world...and one in particular vying for a space in Amelia’s long-shut up heart.

When art historian Keira Foley is hired to authenticate a painting, she hopes this is just the thing to get her career and life back on track. But from the time she arrives at Parham Hill Estate and begins working alongside rumored art thief Emory Scott, she’s left with far more questions than answers. Could this lost painting of Queen Victoria be a duplicate of the original Winterhalter masterpiece, and if so, who is the artist?

Praise for The Painted Castle:

"A gripping tale of secrets hidden behind the walls of an ancient English castle." (Kate Breslin, best-selling author of Far Side of the Sea)

The third and final audiobook in the Lost Castle series. Audiobooks do not have to be listened to in order.

Full-length novel with three women each finding her own happily ever after.

Better story than second book. Was able to get into the characters in this story much btr then last. Enjoyed it very much.

This book was written and spoken beautifully! I recommend this book to any age group! My 13 year old daughter listened with me and then requested I not continue listing to it without her! And that says allot! She isn’t into reading or listening to books but she wouldn’t walk away from this series

I love the Castle series and the split time romances in general. These Castle books are all wonderfully and masterfully written.