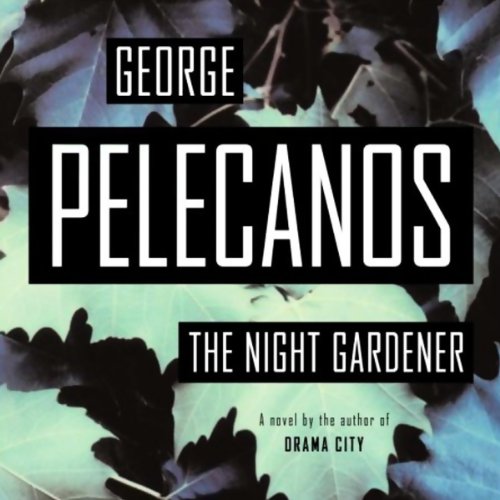 Gus Ramone is "good police", a former Internal Affairs investigator now working homicide for the city's Violent Crime branch. His new case involves the death of a local teenager named Asa whose body has been found in a local community garden.

The murder unearths intense memories of a case Ramone worked as a patrol cop 20 years earlier, when he and his partner, Dan "Doc" Holiday, assisted a legendary detective named T.C. Cook. The series of murders, all involving local teenage victims, was never solved. In the years since, Holiday has left the force under a cloud of morals charges, and now finds work as a bodyguard and driver. Cook has retired, but he has never stopped agonizing about the "Night Gardener" killings.

The new case draws the three men together on a grim mission to finish the work that has haunted them for years. All the love, regret, and anger that once burned between them comes rushing back, and old ghosts walk once more as the men try to lay to rest the monster who has stalked their dreams.

"Pelecanos delivers a dignified, character-driven epic." ( Publishers Weekly)
"One thinks of Michael Connelly, John Harvey, and Ian Rankin, other writers able to look inside their cop heroes with remarkable sensitivity, but Pelecanos' scalpel may cut more precisely than any of them." ( Booklist)

The New York Times to the contrary nothwithstanding, this is a boring book. I cared nothing about any of the characters, the plot dragged, and the book failed my litmus test: I was happy to have it over. For a murder mystery, when the reader doesn't care who dunnit, you've got a problem. In fact, this was one of the few audio books that I seriously considered unplugging well before the end. I stayed with it, but I get no prizes for determination. It was a mistake.

I read and listen to a lot of books, and do not expect to experience only winners. But what astonished me was Mr. Pelicanos' decision to be the reader. He is absolutely monotonal, and while the book's lack of action is a material fault, the flat delivery only exacerbates the problem. Mr. Pelicanos sounds like he is depressed. Really. And that's contagious. There are a number of wonderful readers out there and it difficult to understand why the publishers chose an unqualified amateur. Did the author insist? Were they trying to save a few bucks by not hiring a pro?
Pity the poor listener.

Usually I do not write reviews but for this audio book I will make an exception.

You will enjoy this book because it is one of those "keeps you on the edge of your seat."

It is a story that could have happened (good thing it did not) in real life.

The author who reads his own book is very good.

Intriguing detective story, read — but not well — by the author

This was my 3rd George Pelecanos novel, and in many ways it was the best, or at least the most affecting. The implicit commentary on the culture that fosters young blacks to enter “the life” — commentary made explicit at the end — never intrudes upon the story-telling, which is engrossing. But the book is read by the author, who is not a performer, and the audiobook suffers as a result. Pelecanos’ laconic monotone is pitch perfect for a few of the characters, and the overall downbeat atmosphere of the story, but he is a bit of a droner, and the listeners occasionally loses the thread of what’s happening, and especially who is speaking. Nevertheless, I recommend this audiobook.

George Pelicanos can sure right.

I live in the northern Washington DC metropolitan area and I really really enjoyed the descriptions and locations in this book. The characters are described as real people with faults this is the kind of story that has a feel of real people.

Slow going, never finished this book. The narrator seemed monotone. Didn't hold my attention well at all. Will try again, might actually need to buy the book so that I can hear it in my head and not in the voice of the narrator.