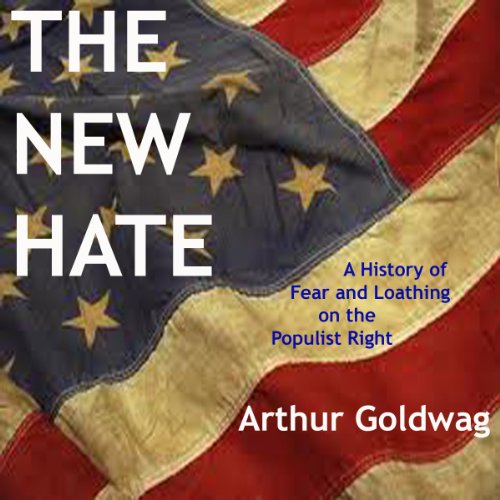 A Kirkus Reviews Best Book of 2012

From the author of -Isms and -Ologies and Cults, Conspiracies, and Secret Societies, here is a deeply researched, fascinating history of the role that organized hatred has played in American politics. The New Hate takes listeners on a surprising, often shocking, sometimes bizarrely amusing tour through the swamps of nativism, racism, and paranoia that have long thrived on the American fringe. Arthur Goldwag shows us the parallels between the hysteria about the Illuminati that wracked the new American Republic in the 1790s and the McCarthyism that roiled the 1950s, and he discusses the similarities between the anti-New Deal forces of the 1930s and the Tea Party movement today. He traces Henry Ford's anti-Semitism and the John Birch Society's "Insiders" back to the notorious Protocols of the Elders of Zion, and he relates white supremacist nightmares about racial pollution to nineteenth-century fears of papal plots.

Written with verve and wit, this lively history is indispensable listening for anyone who wants to understand the recent re-ascendance of extremism in American politics.

The book's title is a bit deceiving; it's not so much about 'new' hate, but much more a historical review of hate in the 19th and 20th centuries, concentrating somewhat heavily on the antisemitic roots of much hate. There is comparatively little about contemporary hate, which is what I would have expected.

The narration was not especially good, but to be completely fair, this is a book that doesn't lend itself well to an audible book. There are copious lengthy quotations, which were often hard to distinguish from the author's test, and it wasn't helped by the narrator's poor attempt to change the pitch of his voice to indicate a quotation. I suspect I would have enjoyed this book more if I had read the hardcopy.