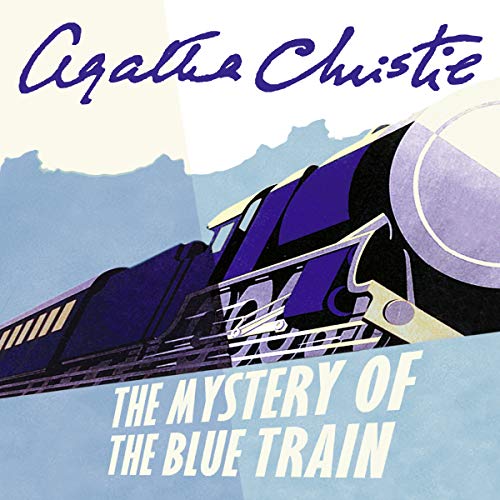 The Mystery of the Blue Train

When the luxurious Blue Train arrives at Nice, a guard attempts to wake serene Ruth Kettering from her slumbers. But she will never wake again, for a heavy blow has killed her, disfiguring her features almost beyond recognition. What is more, her precious rubies are missing.
©1928 Agatha Christie (P)2003 HarperCollins Publishers Ltd, London UK

"The acknowledged queen of detective fiction." ( Observer)
"The Empress of the crime novel." ( Sunday Express)

A Hercule Poirot mystery with almost no Poirot

The story was not so much a mystery but what appeared to be an incoherent story. Fans of the other books may want to give this one a miss.

Hugh Fraser does it again

Would you listen to The Mystery of the Blue Train again? Why?

The Mystery of the Blue Train is one of my favourite Christie novels, and I think Hugh Fraser did a wonderful job mimicking David Suchet's Poirot voice, as well as making the women sound normal instead of overly feminine.

What other book might you compare The Mystery of the Blue Train to and why?

And Then There Were None, narrated by the same actor, but with no Poirot, so no fallback character. A wonderfully creepy rendition of Justice Wargrave.

Wonderfully varied in voice, with each character distinct by sound alone, and his natural voice is perfect for narrating.

When Katherine tells Poirot she can't go on, Hugh Fraser captures the distress in her voice in a perfect, yet understated, manner.

Would recommend to anyone and everyone - thoroughly enjoyable!