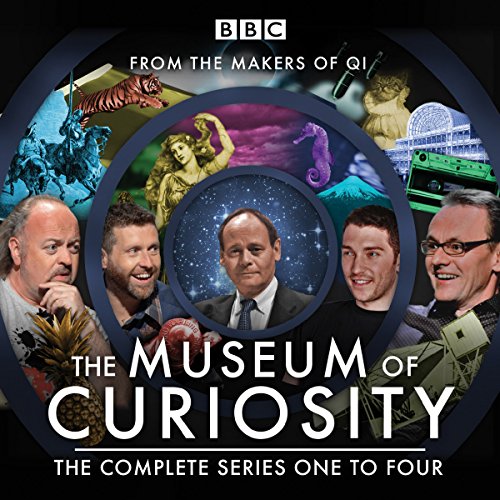 The Museum of Curiosity: Series 1-4

The Museum of Curiosity: Series 1-4

The Museum of Curiosity is BBC Radio 4's monumental comedy edifice, and the only one with gargoyles in the foyer. It allows nothing inside that doesn't make you scratch your head, stroke your chin or, at the very least, go 'hmm'. Fortunately, helping to fill its vacant plinths is a gathering of the world's most original minds.

In addition to all the episodes from the first four series, a previously unbroadcast pilot episode, The Professor of Curiosity, is also included. Running time: 12 hours approx.

Each track ends approximately 6 minuets into a 30 minuet program and then moves to the next program automatically.

The show itself is entertaining and interesting. However, it is missing a few episodes. Frustrating, but still worth the money.

Laughter and Facts I didn't know

made me feel like I was in the room with all these intersting people talking about ideas that spark the imagination.

Not sure how I feel about this one

This is somewhat of a spinoff of the awesome QI show and that's the problem as much as I enjoyed the show, it does come off as QI Lite and I haven't decided if that's a bad thing or not.

This radio series fits nicely in the family of QI on TV and the No Such Thing as a Fish podcast. Interesting guests, some of whom I knew, many of whom (scientists and experts) I did not.

Will be buying the next batch now.

Really unique and fun. Also, it helps people to appreciate life. Both fun and deep.