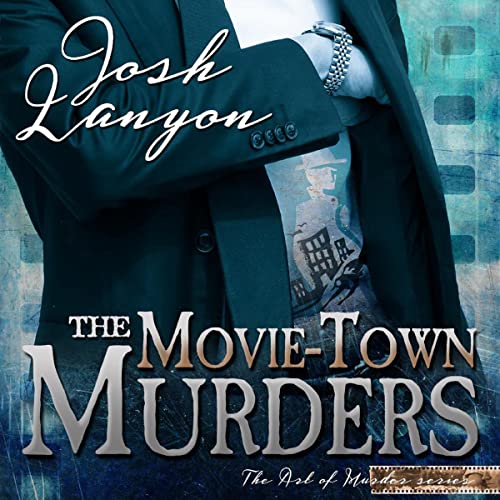 Murder: Live and in Technicolor

Working undercover allows FBI Art Crime Team agent Jason West the illusion of safety as he investigates the supposed discovery of a legendary lost 1950s private eye movie known as Snowball in Hell. But the complicated relationship between film preservation and piracy is nothing to preserving the delicate balance of Jason's ongoing relationship with BAU Chief Sam Kennedy.

Sam is hunting the man hunting Jason, and until Dr. Jeremy Kyser is caught, the possibility of a real relationship between Sam and Jason has to be put on pause.

Then Jason learns of another legendary lost flick, the subject darker than any film noir, and he's drawn into the secret, sinister world of snuff films. A world where the line between fantasy and felony—a line as thin and deadly as a strand of piano wire—means the difference between life and death.

Sadly, I'm very disappointed by this. It felt like this entire book was a filler. It probably also doesn't help that I thought this book would be about dealing with Kaiser... and by the end of the book I planned not to read the next one, but then it ends on that freaking cliffhanger... it makes me dislike this book even more.

I have waited for this book for what feels like yrs. I gave it extra time cus i wanted the audio version. I was let down hard. Its book five and Sam’s and Jason’s relationship quite frankly at this point is annoying. I would expect by now to be utterly consumed by their love. I should not still be this frustrated with their slight involvement with each other. There should not b this much frustration at where they stand. I am not Jason but if i was, id move on cus dang Sam.
Im also annoyed by the continued efforts to prolong the serial killers actions. Get on with it why don’t you. It took me a while to get through the boring, unimportant, messages in this latest edition. I don’t want to give up the series because quite frankly, Josh Lanyon is one of my favs. He is a go to for me. No matter what comes out, if Lanyon is attached , i get it sight unseen, but this kinda hurt my feelings because it felt like the interest in writing it was an afterthought. Just something to fulfill his deadlines. It lacked passion, grit, intrigue, or to some small extent, imagination. Im hoping this does not continue. I love his books but if he doesn’t care about keeping the interest and integrity of his storylines. Then i wont care to continue my interest in his work.
Nonetheless, the narrator was wonderful as always. If it comes off too strong just understand that i was sooo very excited and feel like the air was let out of my balloon, I hope this is helpful to someone,

Narrator was excellent as usual, I'm just not happy with the cliffhangers. One major storyline has been lingering for three books with no forward movement which is now concerning. So now we are dealing with an unkown serial killer, a crazy staker, and did or didn't our prime suspect kill the professor. A few to many cliffies for me.

JL's books w/Kale Williams narrating are my absolute favorite thing to listen to!! The only bad thing is when they end! Excellent installment in the series. Been waiting so (NOT!) patiently! 😁 @JL- your brain is a beautiful thing. Thank you for making our lives better by sharing your stories! @Kale Williams- you are the best thing to listen to- you tell the best stories! Your "Sam" is a true joy to hear. 5++ stars for both book and narration!

I enjoy this series and was happy when the audio released. The series can be hard for me to focus because so much of it is internal dialogue and it’s easy for me to get distracted.

I love the series and the characters, but the premise didn’t make sense. Jason didn’t need to go undercover to investigate the case. It was especially true considering how Jason approached gathering info. I like the Jason/Sam moments, but there wasn’t much progress there either. This one was enjoyable, but it felt like filler.

Josh Lanyon is one of those authors who loves to torture their readers. I'm not complaining. I am a self-proclaimed masochist. I'm probably even going to torture myself with this book a dozen more times before the next book of the series is even hinted at.

What is so torturous? Jason and Sam continue to build a relationship that still has some rocky moments. Jason's tendency to find himself in dangerous situations is nerve wracking. I want to say it's unrealistic, but I have the same problem Jason does. We are real life trouble magnets with insatiable curiosity that just adds more peril to our lives. The other dreadful torture device is the twisty mystery set inside another mystery that spans the entire series. The dropped hints are just...nasty teases. Sigh.

I adore this series. Kale Williams doesn't just narrate the book. He adds depth to the characters with his performance. The mysteries are fascinating, the settings are a joy to experience, and the characters feel like old friends and acquaintances. The bits and pieces that connect this series to other Josh Layon books are a perfect excuse to explore the author's entire back list. This book was an excellent addition to the Josh Landon universe, and I wait in anticipation for more torture.

Enjoyed it (no surprise) & CANNOT WAIT for Book 6

Review for book & audiobook.
Unsurprisingly, I found The Movie-Town Murders very, very enjoyable & binged the heck out of it. I also immediately wished the next one were available the moment it ended.
I found this one even funnier than the first books - Jason's banter with his partner, JJ, has made me more appreciative of having JJ as his partner. They play off each other fantastically. And of course, the banter between Jason & Sam is always fun - when they're not mucking around with their feelings. I laughed out loud often. The mystery part seemed a little less suspenseful - the first book really had the biggest sense of danger, in my opinion, though there is always an increase in tension as the book goes on with this series & this one is no different in that respect.
This also made me want to relisten to Snowball in Hell - so well played, Ms. Lanyon. (I'd actually had that soon in my queue, since I'm also in the midst of the Shadows Left Behind collection.)
The only negative for me was that I didn't really get the "undercover" part of Jason's assignment - he didn't really seem very undercover, nor did there seem to be a reason to be undercover to do the job. It just seemed to make things more difficult without much gain, (except in maybe one or two instances).
ANYWAY, I am desperately looking forward to the next book - and definitely saving myself for the audiobook, because Kale Williams continues to be absolutely perfect in this series. To me, he is the only voice for these characters and whenever I come across another book narrated by him, I just want to listen to this series again.

Good and looking forward to next installment

Good and looking forward to next installment. I do feel like this story was a bit of filler. Didn’t get much movement in terms of character relationships and the doubt for the Dr. but it was enjoyable.

However, alllll the stars given for another stellar narration by Kale Williams!!