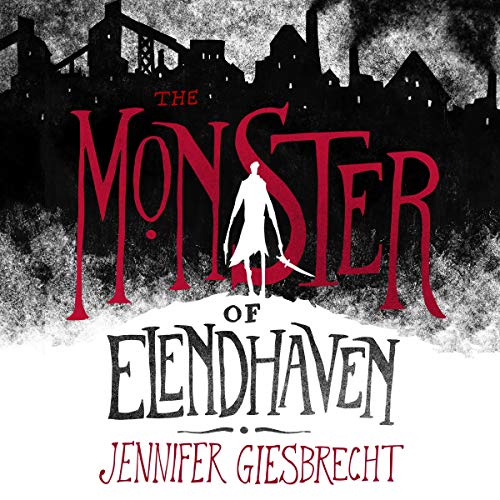 The Monster of Elendhaven

The Monster of Elendhaven

"A black tide of perversity, violence, and lush writing. I loved it." (Joe Hill)

Debut author Jennifer Giesbrecht paints a darkly compelling fantasy of revenge in The Monster of Elendhaven, a dark fantasy about murder, a monster, and the magician who loves both.

The city of Elendhaven sulks on the edge of the ocean. Wracked by plague, abandoned by the South, stripped of industry and left to die. But not everything dies so easily. A thing without a name stalks the city, a thing shaped like a man, with a dark heart and long pale fingers yearning to wrap around throats. A monster who cannot die. His frail master sends him out on errands, twisting him with magic, crafting a plan too cruel to name, while the monster’s heart grows fonder and colder and more cunning.

These monsters of Elendhaven will have their revenge on everyone who wronged the city, even if they have to burn the world to do it.

I came to this book expecting a horror novel but was pleasantly surprised to find a clever dark comedy. I really enjoyed the cheekiness of this book as well as its commentary on LGBTQ issues.

Gothic, disturbed, and even a little fun

All me to quote the eponymous Johann when he said, “Well, that was fucked up!“

If you want to read about a monster that roams the streets and murders people, this book will meet your needs.

Not a Horror Book

This book is well written, but I do not know why it’s under the horror genre. It’s more like fantasy love story that has some magic.

A Thing with a name.

This was dark, gory, whimsical and charming and I absolutely loved it.

The first time I read this it was in the dark, in a bathtub, with three small candles lit and a glass of blood-red wine, while listening to Tasseomancy, just as the autumn nights were beginning to grow cold, and it was a dream. And unless I’d been in a stormy Elendhaven itself in a clawfoot tub in Florian’s twenty-six room house, with Johann calling from the other room, “Well, that was fucked up!“ I can’t imagine having had a better reading experience.

I loved it so much that I decided to get the audiobook too, and told myself I'd read it later but wanted to "just listen to a couple minutes of it." But the world sucked me in again and I devoured it again. I'm already planning my third read and it's only been out for two weeks. The performance and narration of the audiobook is fantastic.

I love these terrible monster boys -- sweetling, tenderheart, monster Johann most of all -- and I can’t stop thinking about them. And though the setting and relationship is very different, I feel like all Hannigram shippers (me) will loooove this.

I couldn’t put this one down! I haven’t listened to a story this good in a while!