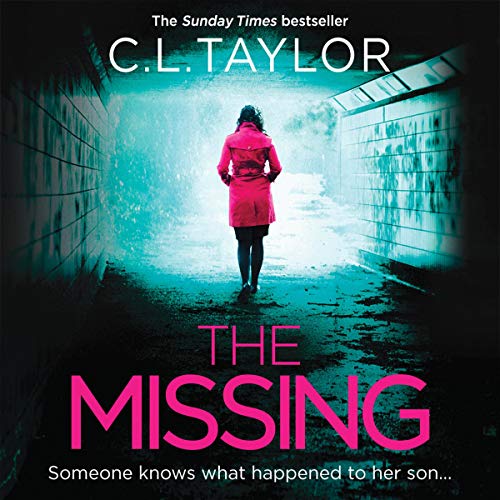 You love your family. They make you feel safe. You trust them.

When 15-year-old Billy Wilkinson goes missing in the middle of the night, his mother, Claire, blames herself. She's not the only one. There isn't a single member of Billy's family who doesn't feel guilty. But the Wilkinsons are so used to keeping secrets from one another that it isn't until six months later, after an appeal for information goes horribly wrong, that the truth begins to surface.

Claire is sure of two things: that Billy is still alive and that her friends and family had nothing to do with his disappearance.

A mother's instinct is never wrong. Or is it?

Praise for The Lie: "Haunting and heart-stoppingly creepy, The Lie is a gripping roller coaster of suspense." ( Sunday Express)
"5/5 stars - Spine-chilling!' ( Woman Magazine)
"An excellent psychological thriller." ( Heat Magazine)
"Packed with twists and turns, this brilliantly tense thriller will get your blood pumping." ( Fabulous Magazine)
"Fast-paced, tense and atmospheric, a guaranteed best seller." (Mark Edwards)
''A gripping page-turner full of intrigue and suspense." (Lucy Clarke)
"Creepy, horrifying and twisty. C. L. Taylor is extremely good at writing stories in which you have no idea which characters you can trust, and the result is intriguing and scary and extremely gripping." (Julie Cohen, 2014 Richard and Judy Summer Book Club Pick)
" The Lie is absolutely brilliant - The Beach, only darker, more thrilling and more tense. It's the story of a twisted, distorted friendship. It's a compelling, addictive and wonderfully written tale. Can't recommend it enough." (Louise Douglas)
"A gripping and disturbing psychological thriller: every bit as good as The Accident." (Clare Mackintosh)
" Black Narcissus for the Facebook generation; a clever exploration of how petty jealousies and misunderstandings can unravel even the tightest of friendships. Claustrophobic, tense and thrilling, a thrill-ride of a novel that keeps you guessing." (Elizabeth Haynes)
"My heart was racing after I finished C.L. Taylor's brilliant new book The Lie. Dark, creepy and full of twists. I loved it." (Rowan Coleman)
"C.L. Taylor is fast becoming the queen of psychological suspense. Read this: you won't be disappointed." (Victoria Fox)
"A plot both brilliant and chilling; characters both appealing and dark and a terrifying climax to which you will race with your heart hammering in your chest. Masterful storytelling; a brilliant read." (Lucy Robinson)
"C. L. Taylor produces dark and intriguing page-turners, with strong characters and great pace." (Paul Finch)

" The Missing has a delicious sense of foreboding from the first page, luring us into the heart of a family with terrible secrets and making us wait, with pounding hearts for the final, agonizing twist. Loved it." (Fiona Barton, author of The Widow)
"I was grabbed by this book from the first page and read the ending with an open mouth. I wish I could unread it so that I could go back and discover it again. Brilliant!" (Angela Marsons, author of Silent Scream)