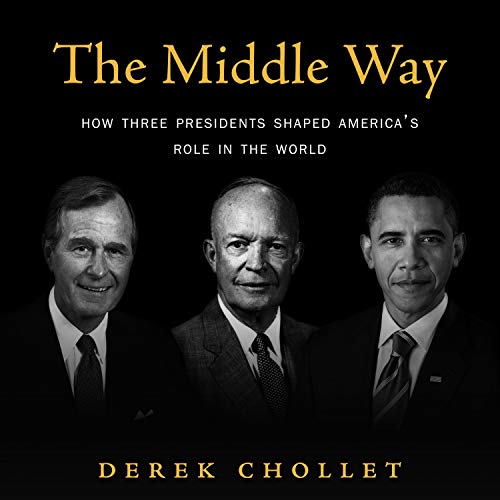 When thinking about America's role in the world, Dwight Eisenhower, George H. W. Bush, and Barack Obama may not seem to have a lot in common. But they do. While divided by background, generation, and political party, they exemplify a distinct and underappreciated tradition of American leadership: The Middle Way. As the scholar and former senior foreign policy official Derek Chollet shows in this deeply researched book, these three presidents took a centrist - and effective - approach to foreign policy. With so many challenges facing the United States, Chollet makes the case for why the nation must reclaim this brand of leadership, learn from it, and champion it.

This timely book blends history, politics, and biography to reveal how these presidents viewed the world and approached the task of leadership. By providing behind-the-scenes accounts and incisive analysis of the foreign policies of Ike, Bush 41, and Obama, The Middle Way offers a fresh way of thinking about American power. It shows how these three leaders defined a foreign policy archetype too often obscured by partisan blinders and historical amnesia. With vivid storytelling and astute insights, Chollet makes a compelling argument for how we should remember the past, think about the present, and approach the policy challenges of tomorrow.