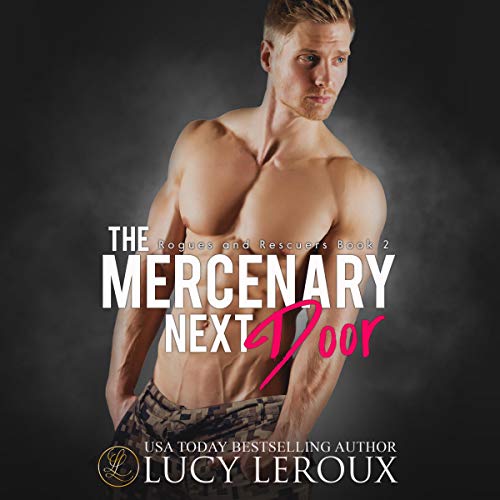 The Mercenary Next Door

Falling for the girl next door...

Mercenary Mason Lang never intended to go into this line of work, but with pay this good, he can’t turn it down. The only challenge is getting out with all of his limbs still intact, which is a lot harder than he realized. And when he does, Mason is going to have it all - including the shy and sweet girl next door.

Laila James knew her crush on the gorgeous next-door neighbor was hopeless. And following a humiliating incident, she’d rather just forget him completely. However, when Mason comes back to town and tries to claim her for his own, Laila keeps her resolve. After all, she’s moved on and is even dating someone else.

But Mason isn’t giving up so easily. His instincts go into overdrive as he suspects that the rich, frat boy who latched onto Laila is trouble. Determined to prove that they’re meant for each other, the mercenary has a new mission. Missing his chance the first time around, Mason refuses to lose the only woman he's ever really wanted. Can he make the girl next door fall for him again?

Listen to the entire series! The Mercenary Next Door is the second book in the series.

The Mercenary Next Door (Rogues and Rescuers, Book 2) is "The girl that got away" trope. A bit of drama, dabbles in action, and romance swirled into the plot. A spinoff series but I prefer Singular Obsession series with its unforgettable characters and plot. M not sure why this series doesn't grab my attention like the other. I liked Ethan and Mason when we met them in The Singulair Obsession series so maybe it's the females, not sure.


Addison Barnes is a great narrator. She brings her voice to climax and releases her tone and adjust her inflection to fit the characters emotions.

This is the second book in the Rogue and Rescuers series and focuses on Mason and Laila. Mason is a mercenary and Laila waters his plants while he is away on missions. I found it rather comical that Mason had a apartment full of rather expensive plants that most guys would never take a second glance at. Both of them have been secretly attracted to each other for the longest time and they finally act on that mutual attraction only to have a misunderstanding