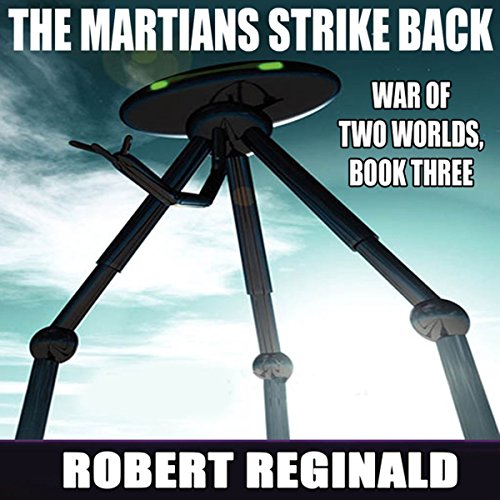 The Martians Strike Back!

During the first two volumes of this series, Invasion! and Operation Crimson Storm, Reginald adroitly captured the movement, the power, and timelessness of H. G. Wells's original narrative, updated it, and finally brought the War back to the Martians. Now, in The Martians Strike Back!, he brings the conflict between peoples, between species, between planets to a resounding conclusion that is at once acceptably concrete and believably fragile.

Peace between two worlds cannot come easily, especially since the conflicts between them have persisted for literally millions of years; and the newcomer to the game, humanity, may not be prepared to meet the challenges required to accomplish it. Alex Smith, indefatigable seeker after truth and meticulous observer of events, suddenly finds himself and his family-and his Martian counterpart, Big Guy - at the center of attempts to mollify factions on both worlds that seem intent on mutual destruction. When the specter of a third, more threatening alien race is added to the mix, Smith must make decisions and accept the consequences of actions that threaten his family, his sanity, his very life.