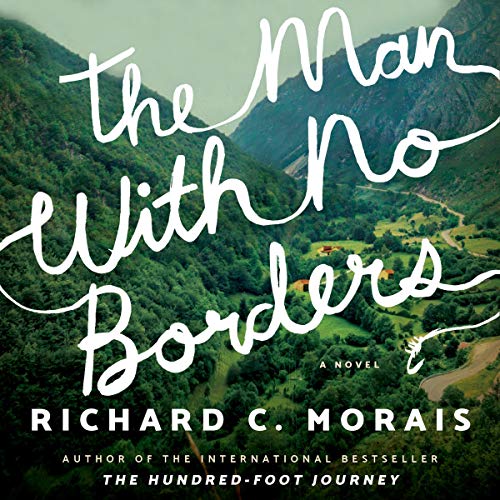 The Man with No Borders

The Man with No Borders

A father comes to terms with his mortality and secrets in a heartrending novel of family and forgiveness from the New York Times bestselling author of The Hundred-Foot Journey.

It is a time of reckoning for José-Maria Alvarez, an aristocratic Spanish banker living in a Swiss village with his American wife. Nearing the end of a long and tumultuous life, he’s overcome by hallucinatory memories of the past. Among his most cherished memories are those of his boyhood in 1950s Franco-era Spain and the bucolic afternoons he spent salmon fishing on the Sella River with his father, uncle, and much-loved younger brother. But these fond reveries are soon eclipsed by something greater. José’s regrets and dark family secrets are flooding back, as is the devastating tragedy that drove José into exile and makes him bear the burden of a soul-deep guilt.

Now, as his three estranged sons return to their father’s side, José hopes to outpace death long enough to finally put his house in order and exorcise its demons. Only in his quest for redemption can José begin to understand the meaning of his life - and what his legacy has meant to others.

“Whether he’s untangling the strands of José’s dark inner world or offering a glimpse of a milieu where money serves as both lubricant and salve, Morais effectively reveals how heartbreakingly inadequate even vast resources can be in providing a bulwark against the assault of life’s most formidable challenges. A meticulous unearthing of the painful contradictions in a privileged life.” --Kirkus Reviews

“Immersing readers in José’s memories, The Man with No Borders is a fluid, lyrical look at a dramatic and often traumatic life. Fans of Anthony Doerr and Paulette Jiles will enjoy this sweeping novel’s sumptuous locales and heart-wrenching vignettes.” --Booklist

I struggled connecting to the main character. I desperately wanted to enjoy him but I found myself indifferent to his story. The writer had some lovely flashbacks to his childhood but again I did not have much of an emotional connection to the book.

I spent more time listening then I had planned as the book was moving so fast and was so engaging.
Excellent and so vivid description of both the characters and their surroundings. You feel being part of the story and share the joys and the suffering.

I couldn’t finish it. My mind wandered and it put me to sleep. I prefer something to happen in the story.