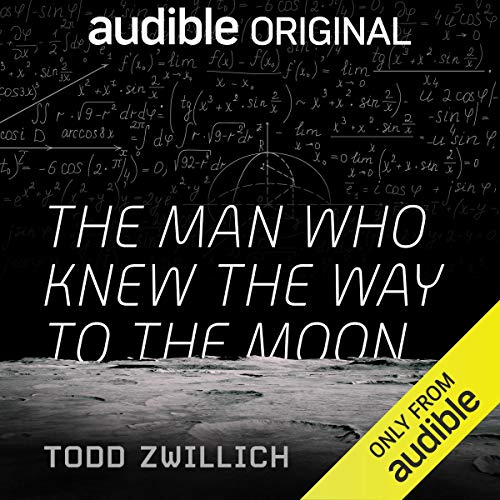 The Man Who Knew the Way to the Moon

The Man Who Knew the Way to the Moon

The story of John C. Houbolt, an unsung hero of Apollo 11 and the man who showed NASA how to put America on the moon.

Without John C. Houbolt, a mid-level engineer at NASA, Apollo 11 would never have made it to the moon.

Top NASA engineers on the project, including Werner Von Braun, strongly advocated for a single, huge spacecraft to travel to the moon, land, and return to Earth. It's the scenario used in 1950s cartoons and horror movies about traveling to outer space.

Houbolt had another idea: Lunar Orbit Rendezvous. LOR would link two spacecraft in orbit while the crafts were travelling at 3,600 miles an hour around the moon. His plan was ridiculed and considered unthinkable. But this junior engineer was irrepressible. He stood by his concept, fired off memos to executives, and argued that LOR was the only way to success.

For the 50th Anniversary of Apollo 11, hear the untold story of the man who helped fulfill Kennedy’s challenge to reach the moon and begin exploring the final frontier.

Call me a nerd... But darn-it, I still love learning about the history of NASA 🚀

To be truthful... We've heard this story before (albeit not specifically Mr Houbolt's story). It took thousands of engineers and scientists to put just two men on the moon, but the stories of those unsung minds are just as amazing as those who walked on the moon. In recent years we've finally leaned many of those stories. This entry into that history of NASA is a worthy addition into that amazing mass of stories that culminated in the moon landing. The telling of Mr Houbolt's story is top notch, both from a written point of view, and an audiobook production. Sprinkled through the story are actual clips of speeches and interview. In many ways it plays out like a classic Ken Berns PBS documentary (at least an audio only version). But what is very interesting in the approach that Todd Zwillich takes to construct this story, is actually more of a profile of TWO individuals. It becomes a human drama between two visionary men: JFK and Mr Houbolt. One who had the vision and one (of many) who helped to make it happen. As a listener you find yourself immersed in the state of world surrounding these two individuals,as much as leaning the events themselves. Although a bit needlessly long, and sometimes a little sanctimonious, this fascinating untold story held my attention with little distraction.

Overall, this book was an interesting catalogue of an often overlooked event. However, as the book wore on it increasingly became about pointing fingers and making sure justice was served. It was just a bit too much on the nose for me with how aggressively it wanted to defend the subject of interest. It felt like a married couple bursting into an argument in the middle of a dinner party they're hosting. I'm a big NASA fan and studied aerospace engineering, but even I found it uncomfortable working my way through this production.

This Audible Original is a real eye-opener. It’s the story of the man behind the Lunar Orbit Rendevous (LOR). It’s how the moon landings became possible by allowing a “module” to separate and land on the moon, then take off again and dock with the Lunar orbiter in order to return to the Earth. But, there is a lot of conflict behind the scenes and a lot of backstabbing. The originator of the idea, John Houbolt is repeatedly mocked, ridiculed, publicly insulted by his colleagues. Yet, in the end, his ideas ARE adopted. What’s more, Werner von Braun doesn’t like the idea either, but he, too comes to realize that it was the right idea AND publicly proclaims it during the Apollo 11 mission. Even after the Apollo missions, including Apollo 13, where the LOR is what actually saves the lives of the astronauts, some of his colleagues still sabotage his reputation and legacy. The worst, I think was the letter written by Robert Gilruth that was so bad that I wonder how he could have slept at night. To know that this nasty backbiting went on is somewhat disconcerting. John Houbolt, though didn’t stop trying to get his proper recognition. He was clearly not a modest man and did not win him any friends. In the end, it is recognized that the LOR was the ONLY way to get to the moon, especially for the late 60s and early 70s. Nothing else could have possibly work. The technology simply had not yet been developed to have allowed it. It is concluded that the moon mission was rushed. Kennedy’s promise to be on the moon and safely home again by the end of the decade left the engineers little time to develop and put into practical use a space ship that could complete the task. Soon, it is hoped, we’ll return to the moon, but with better technology, but it’s over budget and behind schedule. It seems history does repeat itself. Time is needed to develop the more effective, and safer machines for project Artemis (Apollo’s twin sister). NASA wants to use a “Gateway” which is kind of a space station but more like an orbital platform, which will be much smaller than a station and will be a brief stopping point between the Earth and the moon. But it won’t be so useful for the much longer trip to Mars. So, more planning is called for. And, surprise surprise, there is more arguing and sniping of engineers and scientists at each other. However….and this is my own opinion….NASA has had decades to be ready for this. Why aren’t they?

I really enjoyed this book from the storytelling to the real audio of the day, to the present-day interviews! If you’re into NASA, space travel, or neither you’ll find this an interesting story about a man who stood his ground, believed in his experience and training and persevered in the face of opposition.

Who is this supposed to be about again?...

Interesting but there is not enough character development on the main character, especially because he is a real guy. I want to care about him but he is just presented as a pushy guy that wasn't well liked and wouldn't take no for an answer, I feel like I learned more abought Von Braun as a person than about John Hobart as a person and this isn't about him. Hobart's story is interesting but I don't think this piece does him justice, it comes off whiney and scattered. It's all over and around Hobart without making him a person you root for in any way... It says his name a million times so you will never forget it but you won't feel like you "know him" at all. I wish I liked this more, sorry.

A lot of bemoaning from Haubolt

This book felt mostly like an attempt for a bitter man to get recognition from NASA and the world at large. I applaud John Haubolt's efforts in making his superiors at NASA see the logic behind his work, but he spent a lot of time in his life being bitter that he wasn't put on a pedestal like a god, so I struggled to get through the book. The technical information about the Apollo 11 mission was excellent (and I'm far from an engineer), and I thought the author did a good job putting that into layman's terms.

Heard In the first 10 minutes of the production: 1) "...watching future White Sox Hall of Famer Ernie Banks playing shortstop..." WHITE SOX...really? This is big news to Cubs fans. Fact: It was impossible for Mr. Banks to have played in the White Sox vs. Senators game the author references...Mr. Banks wasn't even in the same league. 2) "Just a few minutes before noon Kennedy delivered his inaugural address...." BEFORE NOON...really? Not according to constitutional procedures which state the oath of office takes place at or soon after noon, followed by the address. i know I'm being picky as both of these gaffes are totally irrelevant to the story being told, but they make me question what other misinformation is included. The editor of a high school newspaper would have caught such sloppiness!

By far the best of the Audible originals. The debate about how best to get to the Moon is a well known story, but this book brings out a number of subtle details of the Apollo Program that I hadn't heard before. The complexity of figuring this all out, when your primary calculating tool was the slide ruler, is simply amazing. The story is well balanced and didn't really take sides, but it definitely showed all the dynamics of human interaction within a work intense, ego driven, organization. If you have any real interest in manned space flight, this one is definitely worth a listen.

This story was very informative, on how much a John Holbert was unliked, that nobody wanted to listen to him. Sure, he was persistent and sometimes a hammer can get the job done, but what was broken in the process. I feel this story was only one sided and that John Holbert came off whiney and felt he deserved things that maybe there was a reason he didn’t get it. And since the LOR was not his actual idea, how do we know that it wouldn’t have come to fruition without him. It is possible that the idea wasn’t looked at because he was such a turd about the presentation. I know people like this. I think the story was going for a favorable angle for John, but I felt like he was the type who would never be satisfied with the fact that we made it to the moon, only that he got recognition for it. Was he the only one involve? How many others were part of the team that didn’t get rewards and still wasn’t crying about it? The best part was the actual facts but the story had some incorrect facts that I could google to find real answers, how do I know what is factual and what is false, if the writer won’t do any fact check? I’m not sure the writer/ narrator intended this story to come off this way, probably the opposite and maybe it was the delivery that left a sour taste in my mouth. Not sure. Good thing it was free.

Way too long for what it is

The story in itself is interesting, but is quite obvious after 30 mins. After that, it becomes repetitive and pointless.