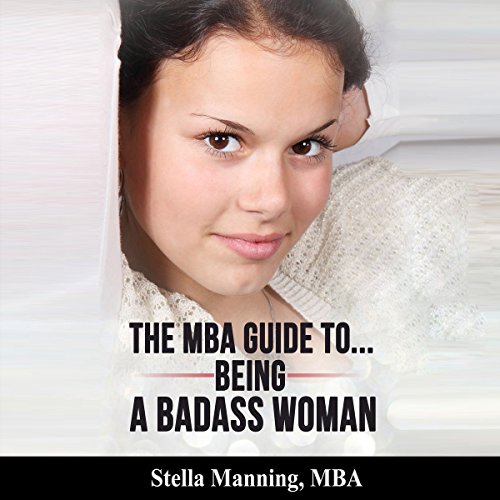 The MBA Guide to Being a Badass Woman

Warning: This book is not for the politically correct or the faint of heart.

This book is for the woman who truly wants to be a badass. In this controversial, subversive guide, the author discards traditional advice for women on career, relationships, money, and family and instead dispenses her own personal brand of advice that examines taboo topics such as sleeping your way to the top, gold digging, and becoming a mom when you are young.

The book offers an alternative to the "equality" women are being offered now, that doesn't take into account their biological timetable, but instead treats them the same as men. In the vein of books on how to be an alpha female, it merges this concept with femininity to transcend that advice. This is because, contrary to the popular stereotype of the alpha female as a female with alpha male traits, a true alpha female is the perfect counterpart to the alpha male: she is all girl.

This book may offend some, because the book strikes at the heart of issues that affect and are important to women, rather than neatly tucking the main aspects of womanhood: motherhood, relationships, and the very real effect these areas of life can have on a woman's finances.

Other guides for women attempt to advise women as though they were a guy, scarcely mentioning that fact that most either have children, or want them, and desire to spend time with them. For the seriously ambitious woman who doesn't want to sacrifice her dreams and family for success, this guide will allow you to look at every tool at your disposal so you can make decisions outside of the box that society wants you placed in.

Is it just me or is this sexist?

I really didnn't expect for the overall tone of this to be so sexist. This was my first audible credit on my free trial and I was really disappointed. I would think it would have a lot more perspective on encouraging women.