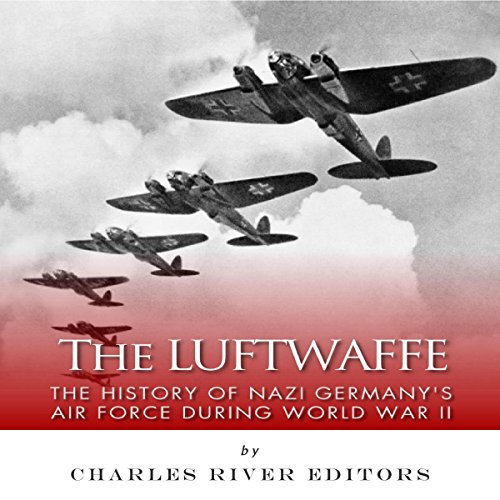 The Luftwaffe: The History of Nazi Germany's Air Force during World War II

The Luftwaffe: The History of Nazi Germany's Air Force during World War II

The Third Reich's Luftwaffe began World War II with significant advantages over other European air forces, playing a critical role in the German war machine's swift, powerful advance. By war's end, however, the Luftwaffe had been decimated by combat losses and crippled by poor decisions at the highest levels of military decision-making, and it proved unable to challenge Allied air superiority despite a last-minute upsurge in German aircraft production.

Given its unique strengths and distinctive weaknesses by the personal quirks of the men who developed it, the Luftwaffe initially overwhelmed the more conservative, outdated military aviation of other countries. Its leaders embraced such concepts as the dive-bomber, which proved both utterly devastating and extremely useful for supporting the sweeping, powerful movements of Blitzkrieg, while other martial establishments rejected dive-bombers as impractical or even impossible.

Though the superb fighting qualities of highly trained and motivated German soldiers, and the Third Reich's technological superiority in tank and weapon design, also had crucial roles to play, the Luftwaffe represented the key element making the successes of all other branches possible. While the Luftwaffe enjoyed air superiority, the combat fortunes of the Third Reich continued to ride high. When control of the air passed decisively to the Allies, Germany's hopes of victory began accelerating into a spiral of defeat.

The Luftwaffe: The History of Nazi Germany's Air Force during World War II looks at the role the German air force played during the war, from its origins to its near demise.

I've Never Heard So Many Mispronunciations

Would you try another book from Charles River Editors and/or Michael Gilboe?

Ive never heard so many mispronunciations of basic english words like "artillery". The slurring of german words like Lufthansa (Luft- SANSA?) is really unprofessional but more understandable at least. The reader needs a new profession, he just isn't cut out for reading words, this recording is simply awful.

dont know, the terrible reader made me lose interest in the introduction

He cant properly pronounce basic military and political vocabulary, he slurs a number of words, its distracting and unprofessional.

Did The Luftwaffe: The History of Nazi Germany's Air Force during World War II inspire you to do anything?

make sure I pronounce words properly